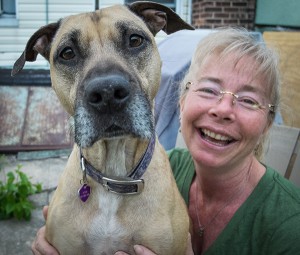 This Thanksgiving I have much to be thankful for — and that gratitude extends to you. Thank you. Mitch Traphagen Photo

It is Thanksgiving. It is a holiday of some myth but largely of faith and gratitude. Over the centuries, it remains appropriately named to a true meaning: the giving of thanks for our blessings. And for the vast majority of Americans, we have much for which to be thankful.

But just a week before, I felt less than thankful, grateful or anything else. Once again, I was thinking about time. I lay on the salon berth of my Florida home, a small sailboat, feeling considerably less than chipper, and watched the second-hand click on the brass ship’s clock mounted to the bulkhead in front of me. Seconds were passing. Mere seconds. Yet I was struck with the realization that I was watching life simply pass by. Those seconds would never come back. They were gone forever.

If you ran wildly down the street grabbing strangers by the shoulders, shaking them and screaming, “YOU’RE GONNA DIE!” it probably wouldn’t be long before you met some of the fine people who have devoted their lives to protecting and serving our lives. The ironic part is, of course, that you would be right. From the very first breath we take as a screaming newborn infant, a fatal countdown begins. That breath was the first in a finite number of breaths. We are all dying from the day we are born.

Yet somehow we walk down the streets, drive down the roads, surrounded by people without the slightest thought that we are all in a race to death. And death is a very touchy subject — we don’t like to talk about it, not unless it is associated with something that comes from it. Silver linings and all that. We like having reasons for stuff that makes us uncomfortable.

But sometimes we fail to appreciate, we fail to be grateful. People make obscene gestures in traffic, some honk impatiently. Most of us whine about this or that, and most days someone probably does something to irritate the living daylights out of us.

I think I need to stop getting worked up about stupid things that happen everyday in life. It’s not a matter of “don’t sweat the small stuff” — the small stuff usually doesn’t even deserve notice. The truth is, we should not sweat the big stuff. Life is what it is, and all we can do is the best we can. To the guy I saw flipping someone off in Apollo Beach: Really? Is that the best you can do? I think not. So someone was driving a little slowly when they pulled in front of you — hey, don’t sweat it — that sort of thing just isn’t worth it. You made someone sad so how does that make you feel better? You and I and the guy you flipped off are all going to be gone someday. And despite what Hollywood might suggest, there are really very few good and glamorous ways to do that. For your sake, I hope it doesn’t happen while you are flipping someone off.

Oh, that’s right. Despite that it is one of the things we all have in common, death is something that is generally off limits for discussion. We try to cheat death, we try to beat death, we try to outrun death — but in the end, death wins. Someday. Some find absolution through the (also touchy) subject in religion, but few, if any, religions provide a reassuring checklist of what happens when we check out. There is mystery surrounding it, and faith is always the key. No list, just faith. Or, for some, the belief that it’s just an eternal lights out. No matter what, it’s a difficult thing to get our minds around, although my preference remains in having faith — if not for myself but for those I love and for you.

My Mom was there one minute and gone the next. I sat there, next to her, her skin still warm from the vestiges of life, but the woman I had spoken with, albeit briefly, the day before was no longer there. Where did she go? What happened? I could see her right in front of me; I could touch her, yet she was gone.

This Thanksgiving, look around the table at family and friends and realize all that you have for which to be thankful. Every single day, we have reason to give thanks and the greatest of those reasons often stand before, behind and beside us. Be grateful for them and for everything. Be thankful for what and whom you have. On this day of thanks, appreciate and take joy that, in this moment, all are very much alive and with you. Celebrate life to the greatest extent possible, but don’t ignore that each breath all of us take is another in a very finite number that began at our beginning. With that, choose your course — whether it be making the most of each breath or watching more television. It’s your life. Be happy with it.

And if you are alone on Thanksgiving, please feel free to email me. Let’s exchange a few words. Because in reality, you aren’t alone. We are all in this life together.

Thank you for reading this column. I am grateful to you beyond my ability to express it. Happy Thanksgiving.