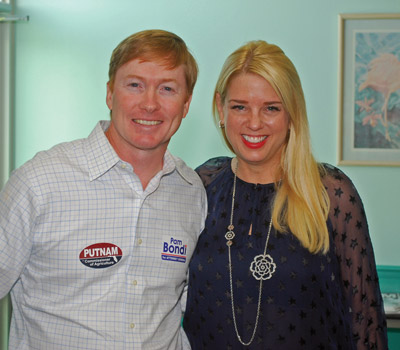 Both Putnam and Bondi, pictured above, have been tabbed by many for higher office in the GOP. Hillsborough County Commissioner Al Higginbotham also spoke at the event. Larry Brigant photos.

A visit by leading Republican candidates to Sun City Center on Monday, Oct. 27, was a chance to shake some friendly hands and maybe win some votes, but there was also talk of a possible run for president by former Florida Gov. Jeb Bush.

The story was ignited over the weekend when Jeb Bush’s son said he thought there was a good chance his father would try to win the GOP nomination.

Asked what his father was thinking about a run for the presidency, George P. Bush told ABC News: “I think it’s, it’s more than likely that he’s giving this a serious thought and moving, and moving forward.”  Pressed on whether it was likely he would run, the younger Bush said that “he’ll run.”

Florida Agriculture Commissioner Adam Putnam and State Attorney General Pam Bondi both made a point of courting GOP voters with their stop in Sun City Center. 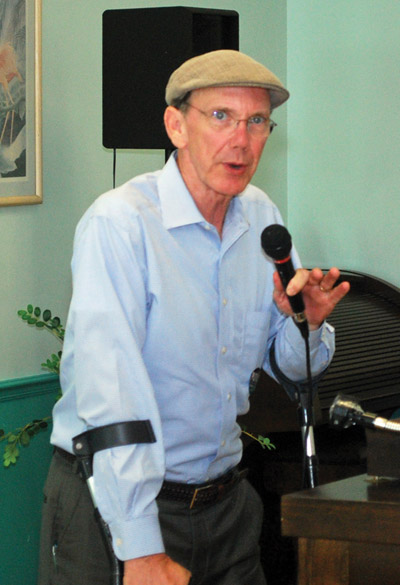