Home News Residents have until Nov. 6 to cast their vote for Faces of Courage
News

Residents have until Nov. 6 to cast their vote for Faces of Courage 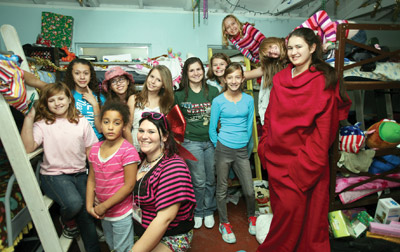 The Faces of Courage slogan is: “Cancer is serious, camp is serious fun!” and camp weekends are always filled with waiting lists. Photos courtesy of Peggy Sherry.

People from 2 to 94 come from all over Florida and other states for a weekend of fun away from their lives filled with treatments, drugs and disease.

The motto of “Faces of Courage,” based at 1915 Camp Florida Road in Tampa, is “Cancer is serious, camp is serious fun!”

Many of the volunteers and donors to this camp come from all over the county, including South County.

“I am a forever volunteer,” said Pam Knowles of Riverview, who has volunteered at the camp for five years. “I lost a mother, a sister and a cousin — all at a young age — to ovarian cancer. I love doing the camps as opposed to other methods of volunteering because I can see the impact it has on the campers. Like one [camper] said, ‘Wow, just the freedom to run around without my wig for a weekend is wonderful!’ Faces of Courage makes an immediate impact and connections that help from the moment they take place.”

Knowles’ husband Mike has never been one to volunteer for anything, she said. But he’s into archery, and went along with her to one camp a few years back to teach archery, and as Pam said, “He was hooked immediately.” Now Mike Knowles is as well-known at the camps as his wife is, not only for his archery but also as a cook.

Volunteering there has become a family affair.

Pam Knowles credits Mike’s mother, now 95, who has survived two bouts with cancer in the last eight years, with originally getting them involved with the camps.

Another regular cook is Larry Brooks, said Peggie Sherry, founder of Faces of Courage, the organization that runs the camps.

“Larry works with mortgages, yet on his time off he works tirelessly in the kitchen.” 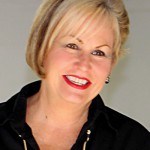 Peggie Sherry founded Faces of Courage in 2004 with the help of her husband Glen, who died in 2007. Since then, 58,000 people with cancer, aged 2 to 94, have gone to her Tampa Bay camp, and now she is in the running to receive $30,000 from AETNA Insurance Co. as one of only 34 charities in the United States entered in AETNA’s 2014 Voices of Health Awards contest. But votes must be in before Nov. 6.

The story behind the organization and the camps is an unusual one.

Peggie didn’t intend to found Faces of Courage, or hold camps. It all happened unexpectedly.

A Tampa resident since 1975, her background is in television. One year during her off time, she decided to start a Gasparilla Krewe — only she planned that hers would be the first one to volunteer its services for one-day volunteer jobs all over the county.

“We did ‘Paint Your Heart Out, Tampa’ and all kinds of charity walks, lots of things,” Peggie said. “During this time I met someone who told me he had interviewed 210 people to direct some ‘fun camps for people with cancer’ and had narrowed it down and wanted to talk with me.”

The strangest thing was, Peggie hadn’t applied for the job.

Still, she interviewed, and was caught up in the idea immediately. “I ended up running the Florida division of a New York-based company, and people in the area began to associate me with help for those with cancer, and with cancer awareness.”

Four years later, though, the camp closed, and people started calling her to open one of her own.

That’s when Faces of Courage was born.

They put on children’s camps, women’s camps, and camps especially geared to women of color.

Naturally, all women are welcome at the regular women’s camps, but the special camp for women of color is done for two reasons and has been filled the whole nine years it has been held.

“For one thing, the African American community has unique cultural ways to handle disease,” Peggie said. “They deal with it completely differently. They say they even talk about it differently, and the incidence of cancer is very high.”

The camp for women of color is the only one of its kind in the nation, she explained.

“It’s a sellout every year,” she said. And then she laughed at her wording, “sellout,” because all the camps are free to all the campers.

The children’s camp is always in December and is called Santa’s Workshop. One biggest draw for families attending this camp is that the healthy siblings get to go along, too. 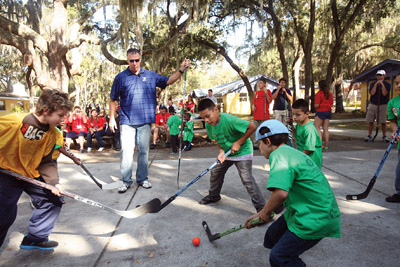 The Faces of Courage camp weekends are always filled with waiting lists. This foundation needs votes to be eligible to receive $30,000 from AETNA Insurance Company’s 2014 Voices of Health Award contest. Votes must be in before Nov. 6.

“Usually the sick child gets to do all the special things — see the hockey game, meet the famous people. Here, they’re on equal ground, and better yet, the parents have the whole weekend off!” Peggie said.

Tonya Kraus also loves to volunteer. “I am always thankful to serve, as the camps provide a much-needed break for the families and patients alike,” Kraus said. “Having served for years, I love seeing the survivors year after year as they cherish every day. And sometimes, you cry with the families of those who have passed as they recall their special camp memories,” Kraus said in an email interview Oct. 15.

“Volunteer nurses sometimes stay the whole weekend,” Peggie said. “And Dr. Elliott Cazes, an OBGYN, even cooks for us. Here he is, a renowned speaker all over the world, and he’s there in our kitchen preparing food.”

Peggie said she is always amazed by people’s generosity, but they need all the help they can get because it costs about $250 for each guest who comes through.

When not having camp, which is rented from Rotary’s Camp Florida, Peggie and some of the volunteers spend their time speaking at civic and religious organizations, and holding events like fashion shows and sales.

Named Hometown Hero in May by FOX Channel 13 news in Tampa, Faces of Courage and its founder have won a plethora of awards.

Now Peggie is hoping people will vote for Faces of Courage in the AETNA contest. There are 34 entrants chosen by AETNA for its 2014 Voices of Health Award; only five in Florida. Faces of Courage is the only entrant from Tampa Bay.

Votes are the only thing standing between its win and the $30,000 prize donated by the insurance company.

To find out more about the organization, which is a tax-exempt 501(c)3, or to donate or vote, go to facesofcourage.wordpress.com.

To vote, go to www.aetnavoicesofhealth.com/faces-of-courage.php.