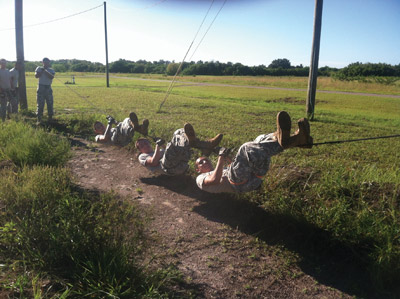 More than 20 of the best U.S. Army Junior ROTC programs in the state are expected to be at South County Career Center, 2810 John Sherman Way, Ruskin, on Saturday, Sept. 27, for the third annual Invitational Raider Meet.

The event will feature more than 600 cadets from five counties competing in five events. Add instructors and visitors, and the attendance is expected to swell beyond 1,000.

The competition combines physical fitness with team building and problem solving.  Each participating JROTC program will bring up to three teams of 10 cadets each, and will compete in three categories: male, male mix and female.

Teams from within a 100-mile radius, including perennial state championship competitors Alonso, Braden River, Newsome and Boca Ciega will be among those competing for honors at the event.

The teams will compete in a two-mile team run; a one-rope bridge; a simulated casualty carry where cadets carry sandbags; a sandbag relay; and a tire flip.

“For us, it’s bigger than just how we do at the event because it’s not only a fundraiser for the career center Junior ROTC program but we also have a partnership with Coalition Wounded Warrior program at MacDill Air Force Base, so a percentage of our profits go to them,” said retired U.S. Army Major Rick Coles, the senior Army instructor at South County Career Center. He is in his sixth year there. The career center fields the smallest team at the event. “It’s more than just a fun thing to do,” said Coles. “The event has a purpose beyond teamwork and physical fitness.”

Coles said, “The mission of Junior ROTC is to motivate young people to be better citizens.  The outstanding curriculum includes leadership, citizenship, problem-solving and goal setting.”

Preparing for the competition has already helped Coles’ young cadets. “I’ve already noticed as we have prepared for this event that we have had a huge improvement in our physical fitness, in our teamwork, our mental discipline and our commitment to compete,” he said.

More than 30 percent of the school population at the career center are members of the Junior ROTC program, which graduates the highest number of seniors each year, Coles said. “Last year, we graduated 40 percent of the school’s seniors,” he said. Discipline, motivation and purpose are the core drivers of the Junior ROTC’s program success at the school, which also offers culinary, emergency medical responder, construction and nursing programs.

Getting ready to host more than 1,000 people is a huge commitment for the school, but “we have had outstanding support from the school administration,” Coles said. “We also have medical volunteers, active duty recruiters and National Guard recruiters coming to help.”

Anyone interested in supporting either Coalition Wounded Warrior or SCCC JROTC is encouraged to call Major Rick Coles at 813-569-9065 for more information. 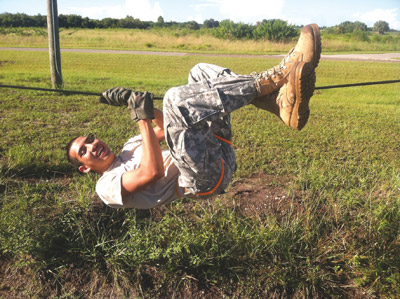