One day in September: Thirteen years marks a turning point for a somber and tragic anniversary 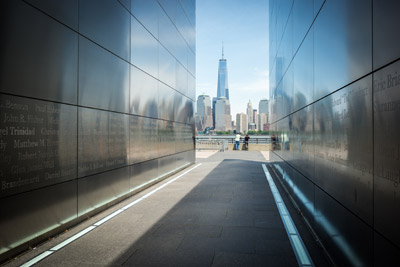 The new One World Trade Center as seen through the Empty Sky Memorial, dedicated to and containing the names of the 746 people from New Jersey who lost their lives on September 11, 2001. The new tower, expected to be fully completed this year, stands at a symbolic 1,776 feet and is the tallest building in the Western Hemisphere. Mitch Traphagen photo. 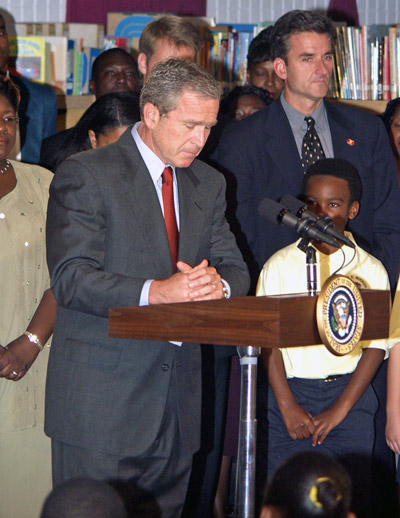 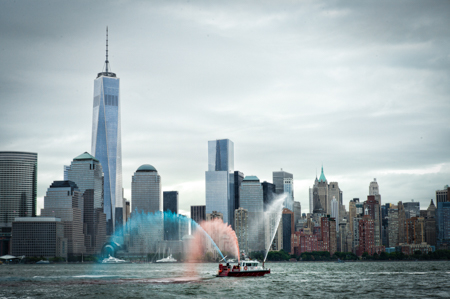 The 13th anniversary of what has come to be known simply as September 11 is upon us. Things change in time, wounds heal, certainly after more than a decade, but September 11, 2001, was an event so traumatic, so unique, so painful, so damaging to firefighters, police officers, other first responders and the families of innocent people who simply went to their jobs on that initially beautiful morning in September, that it remains with us in so many ways — in the American psyche, in legislation and even in how we travel. The United States of America was attacked and it came as a shocking blow. The loss of innocent life resulted in a certain loss of innocence of the nation, the lives lost, innocent people, only deepened the trauma felt by Americans and much of the world.

The 13th year after that horrible day, however, marks the signs of a number of turning points. This September 11, now in 2014, is different in many ways.

Although no terrorist acts took place in Florida, the state is inextricably tied to that day. Three of the terrorists took flight training in Florida. And, on the very day that forever changed a nation, the leader of the nation and the free world was visiting a school not far down the road from South Hillsborough.

In the Emma E. Booker Elementary School media center in Sarasota, the press gathered for a visit from President George W. Bush, was told to turn off all cellphones and pagers as the President would soon be out to address the waiting teachers, administrators and students. A cameraman from a cable network next to me was a little slow in turning off his pager because shortly after that announcement I heard him say, “Holy [expletive]! An airplane just hit the World Trade Center.”

The news spread fast. At first it was thought to have been a small, private plane, but almost immediately, the activity level in the media center noticeably ratcheted up as security officers seemed to appear out of nowhere. The members of the press streamed into an adjacent room with television sets to see footage of the North Tower burning, with a gaping hole roughly 80 floors up. We were quickly herded back to our places on the press risers to await the President. He arrived a few moments later and it was from him that most of us learned that the second tower had also been hit and that the United States was under attack. Among all of us in that room were shock, horror and utter hearbreak at what we knew would be a tremendous loss of life.

The President requested a moment of silence, spoke a few words of as much reassurance as he could under the circumstances and quickly departed. Before most people were able to get to their cars across the street from the school, Air Force One was already in the air, beginning a crisscrossing course over the eastern half of the nation in an attempt to keep the most powerful man on Earth safe from what was still an unknown threat to the most powerful nation on Earth.

When I arrived at Sarasota-Bradenton International Airport, it was nearly empty, eerily so, except for a large police and a smaller military presence. A man in a military uniform told me that there were still airplanes in the air that were unaccounted for, thus posing a threat and that I should leave the airport immediately.

The twin World Trade Towers, erected in 1973 and each standing 110 stories tall, were built to withstand the impact of a Boeing 707 jetliner. They were not, however, able to withstand the purposeful impact of fuel-laden Boeing 767 jets. At approximately one and less than two hours after impact, respectively, the towers fell in roughly 12 seconds. The Pentagon was hit by a third airliner, and a fourth, considered the first battleground in the war on terror, crash-landed in rural Pennsylvania. 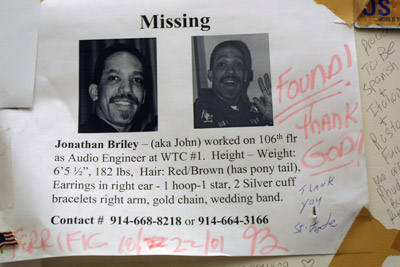 The death toll that day was 2,606 from the World Trade Center, 125 from the Pentagon and 246 passengers and crew on the four airliners. All 19 hijackers were also killed. Included in that toll were 343 New York firefighters, 37 Port Authority police officers, 23 New York police officers and eight paramedics. One firefighter was killed by a man who had, in final desperation, fallen from one of the top floors of a burning tower, one of an estimated 200 people also forced to make that unimaginable decision, facing no other options for escaping the burning buildings. In the official record, no one jumped. All fell or were blown out.

Although ceremonies and memorials were held for those lost at the Pentagon, the business of the military and the defense of the nation could not linger in the wake of despair. Just over two months later, reconstruction, named The Phoenix Project, began on the nearly 400,000 square feet of space damaged at the Pentagon by American Airlines Flight 77. Only nine months after that fateful day, the final piece of limestone, a piece scarred and stained by the attack, was placed onto the exterior of the building.

In New York City, the massive job of clearing debris was complicated by the continued search for the remains of the victims. Today, more than 1,100 victims remain unidentified. More than mere statistics, in excess of 3,000 children lost a parent that day and nearly 20 percent of Americans knew someone who had been injured or killed in the attack.

The United States of America and the entire world were shaken to a new core — civilian planes were grounded across the nation, and when the New York Stock Exchange reopened six days later, it fell nearly 685 points. But Americans pulled together, donating $1.5 billion to September 11 charities.

Although talk about what would become of the World Trade Center site began almost immediately, the site, which became known around the world as “Ground Zero,” remained for years as a gaping wound in Lower Manhattan. 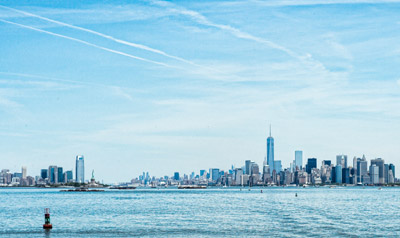 Today, 13 years later, the term “Ground Zero” is infrequently, if ever, heard. While 9/11 still remains in the minds and hearts of Americans and, especially New Yorkers, the wound is healing. On May 21, 2014, the National September 11 Memorial and Museum opened at the World Trade Center site, and the new One World Trade Center, standing at 1,776 feet and opening this year, today dominates the Lower Manhattan skyline. It is the tallest building in the Western Hemisphere. Inside, the lights are on at night, shining as if in the sheer will and resilience of a nation that could be hurt but could not be defeated.

It is unlikely that September 11, 2001, will ever be forgotten —  nor will the innocent victims of that tragic day. But today, after 13 years, the physical wounds of that one day in September are largely gone. They, and we, are healing, while our memories remain. 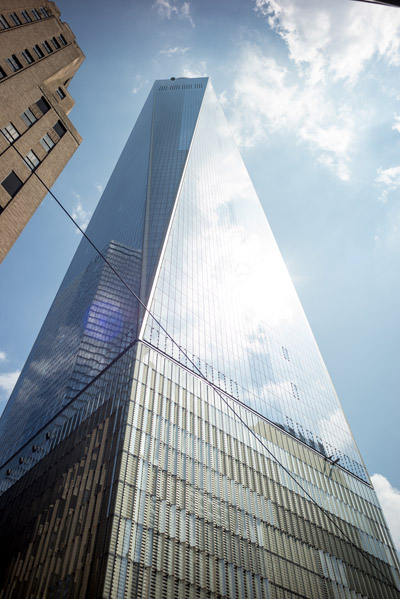