Claire G. Hiltz, of Sun City Center, Fla., passed away August 22, 2014, in Atlanta, Ga. She was born in Berlin, N.H., to Emeranda Payette and Eugene Guay. Claire graduated from Notre Dame High School, then began work at Brown Company. She married the late Jack M. Hiltz in 1957 and they lived in a number of places until retiring to Sun City Center in 1988.

Claire was active in the Catholic Church all her life, serving as a Eucharistic minister and volunteering for various charities.  Claire was an avid bridge player and enjoyed entertaining.

She was preceded in death by her loving husband Jack Hiltz and daughter Gail Hiltz-Miles. She is survived by daughter Krista Hiltz Kahn; grandchildren Skyler and Caleb Kahn and Taylor Miles; brother Ernest Guay; and 26 nieces and nephews.

A Funeral Mass will be held 11 a.m. on Saturday, Sept. 6, at Prince of Peace Catholic Church in Sun City Center. She will be buried next to her husband at Serenity Meadows in Riverview, Fla.

Ruth L. Reynolds, 84, of Sun City Center, passed away August 13, 2014. Ruth was a native of Houghton, Mich. She retired from Allis-Chalmers Corp.

Ruth was the beloved sister of David, cherished aunt to many nieces and nephews, and was loved by Bonnie Burford and many friends.

A memorial service will be held at a later date. 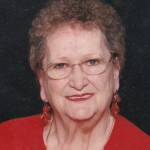 She is survived by her husband Bob and her daughter Connie Johnson-Smasal. She was a beloved aunt to many nieces and nephews. She graduated from St. Paul Park High School in 1946, and worked many years as a bookkeeper and then as an apartment building caretaker.  She was preceded in death by her parents Harry and Ella (Kowitz), and her brothers Vern, Dick and Harry Hall.

She was an avid bowler at Red Rock Lanes in Newport, Minn. She loved spending times with her friends cruising on the St. Croix River. Upon retiring to Florida, she and her husband loved spending time with their friends at the Caribbean Isles Mobile Home Park, where they lived for 25 years, participating in many different activities.

A Memorial will be held at their Community Center on a date yet to be determined. 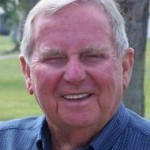 He lived his faith as a devoted Catholic (Prince of Peace Parish) and follower of Jesus, serving as a volunteer on the SCC Emergency Squad, at the hospital and with Our Lady of Guadalupe Mission.

Dick served with honors in the U.S. Air Force as an aircraft mechanic during the Korean War.

He retired as a corporate pilot with NCR and Williams International, and loved to “talk” aviation.

He leaves behind his dear friends in the Looney Club at McDonald’s.

He will be dearly missed.

Interment will be at Ohio Western Reserve National Cemetery in Rittman, Ohio.

In lieu of flowers, donations may be made to Our Lady of Guadalupe Mission in Wimauma.

A special thanks to Lifepath Hospice of Sun City Center for their kindness and wonderful care.  My mother’s RN, Al, and her Nurse’s Aide, Meagan, are Angels.