Observations: Behind the mask 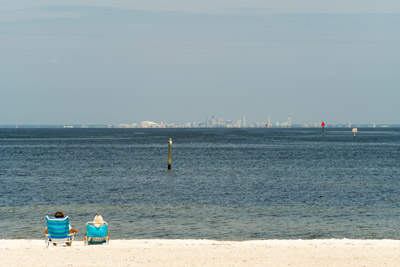 Life can be stunningly beautiful and amazingly generous. But sometimes it can also seem hard and brutal. Depression blinds its victims to the beauty. Mitch Traphagen photo.

Michelle and I were in our backyard enjoying a beautiful August morning when I noticed she was staring off at … something.

“What are you thinking about?” I asked my wife.

And then she told me, laughing a little in the process.

I don’t always answer such inquiries with honesty. There are times in my life, to varying degrees, in which I wear a mask.

The “prosopon” is the ancient Greek theater term for a mask, or a face.  Today the mask is still in use, denoting comedy and tragedy, two distinct aspects of theater. But, like theater itself, they also portray real life — as was in the case of Robin Williams. He was a man so happy on the outside that he brought incalculable joy to millions, while on the inside, behind his mask, was the tragedy of what he felt was his life.

I understand clinical depression. I live with it. Eight years ago I owned up to it and was treated but it has never really left. The difference between then and today is that I can now recognize it. Depression is a manifestation now, a dark, swirling void that I can see with my mind’s eye and work to avoid, lest I get sucked back into it. I’m afraid it would be all too easy to happen.

Clinical depression has been (accurately, in my opinion) described and classified as a disease. Unfortunately, unlike cancer or kidney stones, there are no current biological markers for science to pin it down. There is no “Ah ha!” moment in which a physical test provides a conclusive determination of its existence. Everyone feels down now and again — we wouldn’t be human if we didn’t.

But clinical depression is something different than simply feeling down. Brain chemicals change, entire thought processes change, leading the victim to believe that there is no hope, there is no point. And that, in turn, often creates an anxiety that is omnipresent; something that cannot simply be fought because you are surrounded by it, suffocating from it.

I’ve written about my own experience with depression in the past but until now I’ve never admitted this: There have been points in my life, when caught in that black, swirling void, where suicide seemed like a good option. Sometimes it felt like the only option.

Millions of comments have been written about the death of Robin Williams. Most people, perhaps thanks to the grace of God, cannot understand how such a wealthy and famous man could take his own life. He had so much to live for. I have read many comments written by people who have heard enough about depression, and that their solution would be to simply slap those who claim to suffer from it upside the head and say, “Snap out of it!”

Which would be roughly akin to telling someone with pancreatic cancer to simply “snap out of it.”

To varying degrees I believe most of us wear a mask of comedy to hide the tragedy in our lives. People ask us, “How are you?” but they probably don’t really want to hear what is buried in your heart and in your soul. Nor are you necessarily willing to expose such things to them, or perhaps even to yourself. “I’m fine,” we say with a smile, further pushing down any pain we may feel. We all have fears, anxieties, losses and regrets and sometimes those become overwhelming to the point that a person’s entire way of thinking physically changes. But we also have joy. At least we should.

I am convinced that on the balance, life is good and wonderful. But that balance can be precarious. Life can also be hard and brutal. Neither wealth nor fame can change that.

Here is what I know and/or believe: Robin Williams was a good man who gave of himself. He helped people. He made millions laugh and feel better about themselves, if even for mere moments. He loved his children. According to his wife, he was in the early stages of Parkinson’s disease. His mind ran faster and differently than the vast majority of the people he knew or would ever know. And with that, he possibly believed that his mind allowed him to see behind the curtain of reality that most of us live beyond — and what lies behind that curtain isn’t very pretty. It is something that most people who have suffered from depression have seen or at least glimpsed. At some point … perhaps spontaneously, he decided that there simply was no point in going on.

Behind that “curtain of reality” is a place of blackness, of inequity, injustice, deep sorrow, regret and a force of outside malicious intent upon nearly all that is good that seems impossible for any single person to thwart. Life can be so unfair to so many people — and that is on full display behind that curtain.

I also know this: He was obviously wrong about there being no point in going on. He made a difference. He made this world a better place. But he lost sight of all of that when he looked behind the curtain. And now, I am saddened that we won’t see more of the gift that he was given. Despite the commonness of the phrase today, he wasn’t consumed by his own demons, there was nothing demonic involved. He was consumed by his own brain chemistry, taking his very thoughts off track from the amazing good of life to the bleak and narrowly focused pointlessness of it. The good should have won out. He had so much of it. Most all of us do.

Clinical depression is a big issue in South Hillsborough. Seniors suffer from it, but their experiences and upbringing often tell them to simply ignore it and carry on as best as possible. Until one day when they can no longer do so. It doesn’t always end in suicide, you know — at least not overtly. But it does always end — for better or for worse. And when it is for the worst, it is often because they simply no longer see a point in going on.

And they couldn’t be more wrong. Seniors in South Hillsborough have given so much — they are models of courage and decency, of human achievement and of human frailty. They are the guides by which we all live until we take their places in the autumns and winters of our own lives.

For young people suffering from depression, it is, perhaps, even more difficult. How can you convince someone, with only brief experience, that life isn’t defined by yesterday, today or even tomorrow? Life can indeed be so unfair but it can also be amazingly generous and abundant. Everyone of us has a role to play in it. We are all needed (although some may choose their paths less than wisely).

If nothing else, perhaps we should remember that, to varying degrees, we all wear masks. Possibly in remembering that we can treat each other better. We can show passion and compassion. We should also all know that there is help out there.

“Please, don’t worry so much. Because in the end, none of us have very long on this Earth. Life is fleeting. And if you’re ever distressed, cast your eyes to the summer sky when the stars are strung across the velvety night. And when a shooting star streaks through the blackness, turning night into day … make a wish and think of me. Make your life spectacular. I know I did. I made it, Mom. I’m a grown up.”