Carole Nadine Bajanen, 74, of Sun City Center, passed away August 12, 2014. She was the loving mother of Cris and Bob Blauvelt and Lori Cuyler. She was preceded in death by her first husband, Donald Blauvelt, and her second husband, Maynard Bajanen; and sons Richard and Donald Blauvelt Jr. 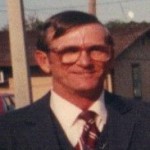 Tom was preceded in death by his parents, Harland and Vera Farris, and brother Donald Farris, all of Gibsonton;  and son Ryan Reynolds of Alabama.
Tom is survived by wife Cindy Farris;  daughters Lisa Farris of Ruskin and Shannon Brown of Cross City, Fla.; grandchildren Mahlana, Carlos and Hailey; sister Barbara Farris Petty of Willis Texas; and many nieces, nephews and friends. We will all miss him so much.

Tommy will be sent home to Auburn Maine, to be buried with the family at Mount Auburn Cemetery, as he wanted. He will be placed next to his loving Gram Anker. A memorial service will be planned at a later date.

In lieu of flowers, please make donations to LifePath Hospice or the charity of your choice. Arrangements by Zipperer’s Funeral Home. 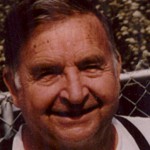 Charles Henry Smart Jr., 86, of Sun City Center, Fla., passed away August 9, 2014.  He was preceded in death by his loving wife Rose and granddaughter Shannon.

She was preceded in death by her parents, first husband  Richard Eckroth, second husband Robert Valentine, and by son Steven Eckroth.

Burial will be at Sunset Memorial Gardens, Machesney Park, Ill.

You have been gone five years.
We miss you and love you.
You were the greatest Mom.