A private family burial will be at Florida National Cemetery.

In lieu of flowers, donations may be made to the charity of your choice. 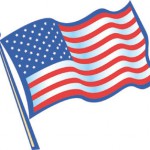 The son of Nancy Cole Mayor and Ernest W. Hansche Sr., Robert grew up in Newburgh, N.Y. He spent one year at Pratt Institute of Engineering,  before World War II was declared, and he enlisted in the U.S Navy. He served as Aviation Machinist’s mate, 2nd class, and honor guard. Next, Robert became service manager for N.C.R., Territorial Sales Manager for Aeroil Roofing Equipment and, lastly, ran his own realty business.

Robert was affiliated with the V.F.W., American Legion, and N.R.A. He received the Good Conduct Medal, American Theater Ribbon, Victory Medal Asiatic Pacific Theater and was an initiated shellback and Golden Dragon.
Interment will be held at Sarasota National Cemetery with honor guard. Arrangements by Zipperer’s Funeral Home.

She was a Cornell graduate who owned and operated a car rental company in Clearwater for 20 years. She was a businesswoman, world traveler and generous benefactor as well as a member of the Dunedin Rotary, Dunedin Friends of the Library, Dunedin Art Center, and Church of the Good Shepherd, also in Dunedin.

Memorial services will be at 11 a.m. on Saturday, Sept. 6, at St. John the Divine Episcopal Church in Sun City Center.

H. Ellis Ware, 78, of Sun City Center, Fla., went to be with the Lord on August 6, 2014. He served in the U.S. Naval Reserve. He retired as a Deli Merchandiser from Winn-Dixie after 40 years of service, and he retired as a Security Guard from Kings Point.

He was active in the Interfaith Council and was a member of the United Methodist Church of Sun City Center.