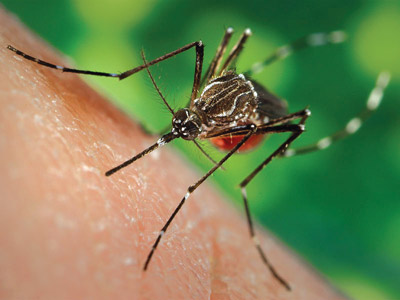 In Florida, the first case of locally acquired Chikungunya fever, a mosquito-borne disease, was documented on July 17, 2014, only seven months after the virus was charted on St. Martin in the Caribbean islands, according to the Centers for Disease Control and Prevention. A 50-year-old man in Palm Beach County was the first U.S. citizen documented with locally acquired Chikungunya fever. He had not been traveling outside the country before he was infected. A second case was reported in Miami soon after.

Dr. Carlos Fernandes, director of Mosquito Control of Hillsborough County, said in the last week there have been two additional cases of locally acquired Chikungunya fever documented in Florida, for a total of four cases. Two cases have now been confirmed in Palm Beach County, one case in Miami and one case in St. Lucie County.

Aedes Aegypti and Aedes Albopictus are the two species of mosquitoes that transmit the Chikungunya virus. Both species are found in the southeastern United States and in limited areas of the Southwest, plus other areas in our northeastern states.

These are  the first known cases where the Aedes mosquito in the United States infected a resident who lived here and had not been outside the country before being infected. Until then, Chikungunya fever was considered to be an international or imported disease.

The virus was first identified in 1952 in Tanzania. It was epidemic in Africa and Southeast Asia before it jumped to the Caribbean islands by 2013. It is also found in southern Europe and the islands in the Indian and Pacific oceans.

Though the CDC says the Chikungunya virus is not on the National Notifiable Diseases Surveillance System list, there are 31 states and two U.S. territories that have reported cases of the disease this year.

In all, there have been 350,000 people infected, with 21 deaths reported, from the Chikungunya virus.

According to the World Health Organization, the name Chikungunya is a word from the Kimakonde language and means “to become contorted,” describing the stooped appearance of sufferers. The WHO says that prevention and control rely heavily on reducing the number of natural and artificial water-filled container habitats that support breeding of the mosquitoes. During outbreaks, they recommend that insecticides may be sprayed to kill flying mosquitoes and the immature larvae.

Fernandes said his department has 78 CDC traps spread throughout Hillsborough County. By Tuesday every week, the traps are set up and studied to decide where to spray by Thursday.

“We also have 15 chicken coops with chickens who will give us information,” Fernandes said. “We collect blood from the chickens and take it to the Health Department so it can be analyzed. The chickens work like a canary in a mine.”

The blood, if infected, will tell authorities whether the chickens have any of the mosquito-borne diseases.

Steve Huard with the Florida Department of Health in Hillsborough County said only six cases of Chikungunya fever have been confirmed in this county and that all of them were people who were infected outside the country.

“There have been six cases of Chikungunya reported in Hillsborough County, all international. All six of these are associated with travel,” Huard said. “There have been 137 cases reported statewide.”

“We do surveillance on the medical side,” Huard said. “If we find someone, we give Mosquito Control their address and they will go out and spray that whole area.”

Symptoms of Chikungunya begin with a sudden high fever, accompanied by severe joint pain or swelling of the hands and feet and a severe headache. There can also be back pain, muscle aches, nausea and a rash showing up from three to five days after the fever starts. Fatal infections are rare, but it is possible for people infected to have chronic joint pain, arthritis, loss of energy and depression lasting weeks to years.

There is no vaccine available.

Most will feel better within a week. More susceptible to the Chikungunya virus are newborns, adults older than 65, or those people with medical conditions such as high blood pressure, diabetes or heart disease.

If bitten and then infected, it is important for that person not to be bitten again by another mosquito the first week of the illness. The virus is passed from an infected person to another person through mosquito bites, and this transmits the virus to other people.