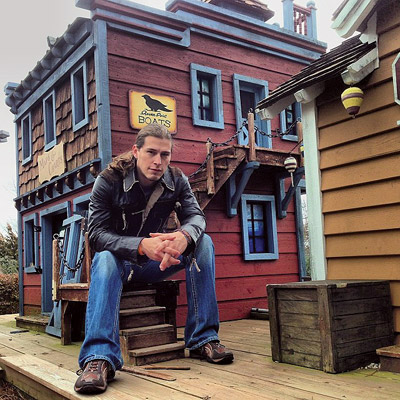 Fundraising for the South Shore Music Festival, Saturday, Nov. 8, to benefit area veterans is well underway with Beef ‘O’ Brady’s now signed up as a title sponsor. The big concert will be at the International Independent Showmen’s Association in Gibsonton.

Organizers plan to donate a portion of the event’s net proceeds to a local wounded veteran and his/her family and to Honor Flight of West Central Florida. Honor Flight flies local veterans to Washington, D.C., to see the monuments created in their honor.

With several companies already lined up and willing to donate their time to any project, organizers hope to present a check at the event and help remodel the veteran’s home to increase accessibility with additions such as ramps.

“It’s really going phenomenal,” said South Shore’s Mike Self of S&S Tacos/Pizza & Stuff, who is helping organize the event. “We haven’t even advertised yet, and we’ve already sold 100 tickets.”

How many veterans the festival helps depends on the amount of money raised at the event, which was originally scheduled for May but had to be delayed to bring more sponsors on board.

Signing up Beef ‘O’ Brady’s is a huge shot in the arm for the event, Self said. “This is the corporate Beef ‘O’ Brady’s, not just the local one we are working with in Apollo Beach.” 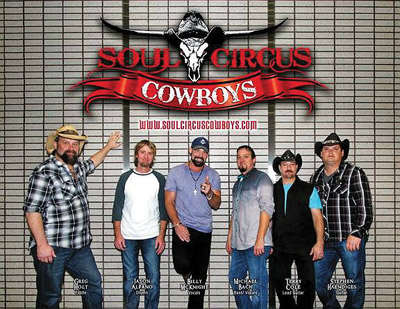 Tampa’s own Soul Circus Cowboys will be among the headliners for the event.

The concert will feature country music star Jason Michael Carol; Gwen Sebastian, a breakout star from “The Voice”; and Tampa’s own Soul Circus Cowboys. Local talent will also take the stage. Country rockers Zebron and James, and Makenzie Raye, a rising star in country music, are slated to appear.

Along with Self, the festival is the brainchild of South Shore businessmen James Pulkowski, CPA, and Eros Dahl of Riverview Mortgage, who wanted to showcase area musical talent while also providing a concert to benefit a local cause.

While a similar festival Self organized in 2010 drew 200 attendees with seven local acts, organizers are hoping the combination of nationally known artists and local acts will draw up to 1,000 fans this year to aid a local disabled veteran and Honor  Flight.

“I know Honor Flight is excited and getting behind us for this event,” Self said. “They have already told us that any money we raise for them will go to the first Honor Flight of 2015 to send vets to Washington, so we are really excited about that.”

Self and his friends are still trying to find “the right veteran with the right needs we can help locally.” Anyone from the area can nominate a disabled veteran for the award. A select committee, including members of the Riverview Chamber of Commerce’s Military Affairs Committee, will review all applications and determine the winner, who will be announced on the day of the festival.

Organizers are also asking all attendees to bring nonperishable food items to the gate. The donations will go to Feeding America Tampa Bay, a charitable food organization that supplies many local food pantries.

“It’s just a great way to put everything together and help our community at the same time because there are many veterans out there who also need food,” Self said. “From where we were four months ago to where we are now is great,” he added.

Organizers are still seeking sponsors for the event and a sponsor for a zipline. The 300-foot, 10-foot-high zipline straps users into a harness before they slide the length of the course.

A chili-cookoff contest is also planned, and a cornhole tournament is on tap, with the top three winners sharing $1,500.

Tickets for the event are available online at the festival website, www.southshoremusicfestival.com.

Among other local sponsors lined up for the event are Hound Dog Entertainment, Riverview Mortgage, MACE Multimedia, Sam’s Club and Buffalo Wild Wings.