Observations: The captain and the bad penny 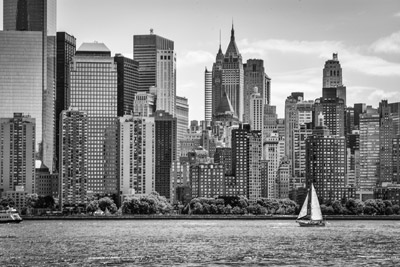 As a good friend recently said, “We are all the captains of our own shipwrecks.” That may be true, but our place, my place, remains at the helm. Mitch Traphagen photo.

In the dream I awoke from last night, I was preparing to leave Florida. I had checked the bilge on the boat as I always do and was ready to go. A woman stopped me on the way out, touched my arm, and said, “I will miss you.”

In my dream, I thought that was a very nice thing for her to say and then I responded with, “Like a bad penny, I keep turning up.”

I have no idea why I’d use an 18th-century phrase in a dream that I don’t recall ever using in waking life.

But, just like a bad penny, perhaps, I keep turning up back in Florida. Some of my friends think we’ll be back forever not long after the first snowflakes of winter appear in New York City. Another friend ominously wrote that it seems to her as though Florida has its talons in me.

Perhaps it is just a case of being the devil I know. But I think it’s more than that.

The problem is, living in two places makes it hard to know where I belong. Yeah, mine is a First World problem, to say the least.

I’ve become convinced that a midlife crisis, even one that has lasted for a decade, has less to do with facing imminent mortality and haplessly attempting to recover lost youth than it is simply, suddenly, finding yourself lost in the world. It seems that one day I merely woke up, just like any other day, and the world that I knew had been replaced by, as author Douglas Adams quipped, a world even more bizarre and inexplicable — and from that moment and forever it was completely unlike any other day. In the crystal clear vision of hindsight, it really does seem as though it happened that fast.

I don’t know any of today’s (or even yesterday’s) pop stars. I honestly don’t know what Justin Bieber has done to earn fame and fortune, besides apparently annoying a lot of people. And seriously, what the hell is “spin class”? Do people actually pay a membership fee to spin around? I don’t have a clue.

And that’s the problem. The world has passed me by, or I’ve lingered too long in a place and time in which I felt comfortable and suddenly it was gone. And now I don’t have a clue where I fit into this new world. I don’t want to go to spin class or wonder about my gluten intake.

When Johnny Carson passed away, I knew things had changed. I never had the honor of meeting Mr. Carson, but his grace, wit and the class with which he carried himself since I first saw him on The Tonight Show as a child, was something unique. I grew up with him. And then he left, and for me, he left a void.

Kerri, an incredibly bright good friend, recently said, “We are the captains of our own shipwrecks.” Indeed, that is the case. I know that some people are simply dealt bad hands in life, but for most of us, certainly for me, any unhappiness, any lack of fulfillment in life, any lack of success is the direct result of my own doing, or lack of doing, as the case may be. Sometimes I feel as though I’ve wrecked upon the rocks and, thanks to my friend, I can appreciate that I alone was at the helm. There is something clarifying and cathartic in that. Not in beating myself up but in taking responsibility and knowing that next time I can do better. And still other times, I’m on a beam reach, racing for the golden light on a boundless horizon.

Another very bright friend, a co-worker, once said that she thought New York City was the perfect place to retire because you don’t have to drive anywhere. I’ve come to agree with her — it is a remarkably easy city to get around in. The walking is good for me, and my front yard is a concrete sidewalk, so I don’t have the temptation to yell at kids to “get off of my lawn.” And they can’t get into the backyard, so, I’m good there, too.

But it isn’t Florida. Although in some ways the two states have much in common.

I was somewhat taken aback by the number of people who wrote to me upon our move a few months ago — notes with some very nice words, and generally one in common: “Jersey???” Yes, we moved to New Jersey; to a rapidly growing city commonly referred to as the sixth borough of New York City. We can’t afford Manhattan with three dogs. There are probably some members of the one percent that can’t afford Manhattan with three dogs these days. Real estate has long since eclipsed insanity in the city.

But the truth is, I kind of like Jersey — in some ways it is the Florida of the North. If something weird happens outside Florida, you can bet that it happened in New Jersey. Trust me, Florida isn’t alone in generating weird news. I’m quite certain that California appreciates the effort by both states. It helps them look more normal.

I am high over North Florida — roughly 34,000 feet and moving along at a brisk 525 miles per hour. I just found out the glass of Pinot Noir I had enjoyed on the flight was complimentary. “Don’t worry about it,” the nice flight attendant said when I offered him my credit card. It’s amazing what $7 can buy for an airline — but then again I already like JetBlue. I just like them more now.

I’m a middle-age guy who is dressed reasonably well. I doubt the young guy (but seriously, an adult) a few rows back with his underwear showing was told, “Don’t worry about it” on his drink order. I’m flying home, or wherever serves as home these days, the direction really doesn’t matter. At this moment, things feel pretty good. I’m okay with my place.

Like you, like all of us, I am the captain of my own ship, just trying to avoid the rocks. I need to adjust course a bit, and that takes effort. Nevertheless, I belong here, at the helm, shipwreck or no. I’m happy here, wherever “here” is. But like a bad penny, I keep turning up. See you soon.