Mark William Rybak, age 29, passed away on Monday, July 28, 2014, at his home in Apollo Beach, Fla.  He was born October 10, 1984, in West Nyack, N.Y., to Mark and Paula (Sweet) Rybak. Mark grew up in Ocean Pines, Md. and Vineland, N.J.  He graduated from Vineland High School in 2003.  He received an Associate’s Degree from Cumberland County Community College and began work in the insurance industry.

Mark was happily married to Emanuela for four years and together for nine years.  Mark was a member of the Most Holy Mother of God Ukrainian Orthodox Church.

He enjoyed boating, cooking, fishing, walking with his puppy Zoe, spending time with his family and hosting friends at his house.

Mark is survived by his wife Emmy, his parents Mark and Paula (Sweet) Rybak, his brothers Luke and Matthew, and his sister Danielle.

The family requests that in lieu of flowers, donations be made to the Ruskin United Methodist Church and/or The Most Holy Mother of God Ukrainian Orthodox Church, 3820 Moores Lake Road, Dover, FL 33527. 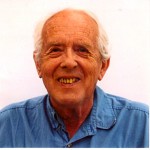 He was preceded in death by stepson John Blankenship.

Ron was born in Oak Hill to Joseph Henry and Edna (Cecil) Snell. He graduated from Collins High School in Oak Hill, class of 1957. He worked in retail grocery and commercial baking in California and Minnesota, and retired to Melbourne Beach, Fla., in 1989.

There will be a private memorial and burial of cremains in Minnesota.

Sharon Wickenhauser passed away on July 28,  2014. She was a native of Manitowoc, Wis., attended Lincoln High School and Lawrence College. A resident of Florida since 1963, she moved to Sun City Center from Silver Springs in 2005.

A lifelong volunteer in many organizations, she was a past president of the Auxiliary at University Community Hospital in Tampa and a volunteer at LifePath Hospice in Sun City Center. She worked and volunteered at St. Joseph of the Forest in Silver Springs for 20 years. Sharon was an avid quilter, a past member of the Pine Needles Quilters in Silver Lakes Acres and a current member of the Kings Point Quilters Club.

A memorial Mass was celebrated Aug. 2 at Prince of Peace Catholic Church in Sun City Center. In lieu of flowers, donations may be made to LifePath Hospice, 3725 Upper Creek Drive, Ruskin, FL 33573.