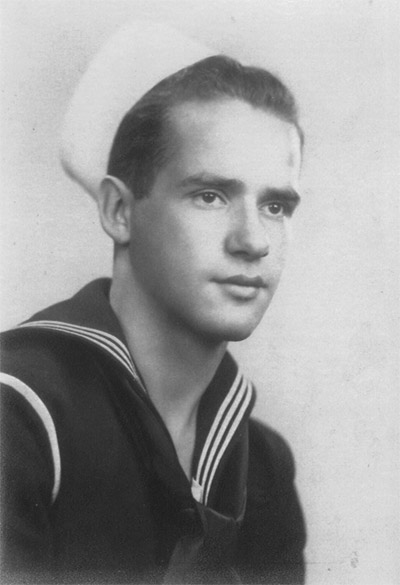 To live in the shadow of the events of World War II would impact Americans in ways impossible to imagine now. That war involved more than 100 million people and 30 countries before it ended. In every sense of the word, it was a war taking place on a world stage. There were an estimated 75 million fatalities reported, including 40 million civilians, who died from deliberate genocide, massacres, mass bombings, disease and starvation.

Long before the Second World War started when Germany invaded Poland, there were rumblings of war in other places. The threat of America going to war, after World War I ended, was very real. Japan had invaded China, the Spanish Civil War began in 1936 and the Italian invasion of Ethiopia started in 1935.

Sun City Center resident Ken Hamilton served in World War II. As a boy, he lived in a small town outside Pittsburgh. He already knew the hard realities of war in a personal way. His father had served in World War I, training in Jacksonville, Fla. According to Hamilton, two years after his father was discharged from the war, it was found he had contracted encephalitis from his training days in Florida. He became ill and was an invalid the rest of his life. It was the 1930s and life was hard. They were poor, Hamilton said. The family of four was given $125 a month for his father’s disability, and they managed to live on that. Of course, it was less expensive to live back then, he explained, with movies costing a nickel and milk costing only 10 cents a quart.

The family moved to outside Detroit by 1939. Hamilton became a toolmaker apprentice for Ford Motor Co. and worked seven days a week from 6 p.m. to 4:20 a.m. They were building B24 bombers for the war effort in those years. When he knew the draft for 19-year-olds was about to begin, he enlisted with the Coast Guard on June 19, 1942, six months after the Pearl Harbor attack. The Coast Guard served under the arm of the Navy during the war. 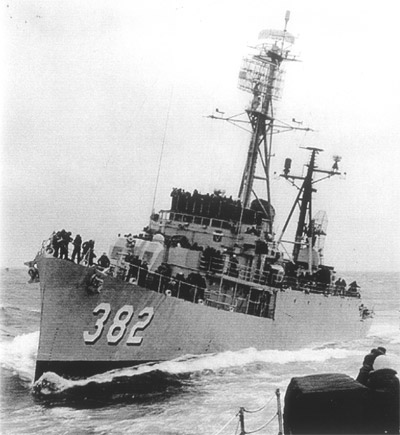 Hamilton shipped out on the USS Ramsden in 1943 after serving a period of time stateside. It was the Ramsden’s maiden voyage. They shipped out of Houston, headed for Bermuda for a shakedown tour and then on to the Panama Canal. The ship provided destroyer escort protection against submarine and air attack for Naval vessels and convoys. His ship became part of the 13 escorts guarding 100 destroyers. Hamilton remembers how he was always awed during sunrise and sunset when he saw the colors of the sky as a background for the 112 ships moving across the sea.

As a signalman, he was responsible for transmitting Morse code using a searchlight with shutters. They used Morse code to communicate with other ships in the convoy and when they entered port, rather than the radio. As they moved across the Atlantic Ocean, or the Mediterranean Sea, they had to be silent so submarines could not detect them.

“Out at sea, you could not use your radio,” Hamilton said. “Any ship could pick you up.”

The ships also maintained a certain position in relation to one another, maintaining a grid going over the ocean so they would not give an opening for a submarine to infiltrate their convoy. Whether they were carrying fuel, ammunition or military men, they were under constant threat of attack.

“We were a floating time bomb,” Hamilton said. “When we were in the Mediterranean, the German Luftwaffe could be on top of us within 15 minutes to one hour from Germany. They would fly over Africa and hit the convoy. It’s an experience to be under attack. Our ships used tracer shells, and each ship followed a certain arc to fire back. Some German boys didn’t make it back, and some of our ships were hit.”

By the end of 1943, Hamilton said, the subs were just about finished. With sonar, their ships were protected and it put the submarines out of business. Sonar is an acronym for sound navigation and ranging. It could be used as a primary means for search-and-detection operations.

“Seventy-five percent of German subs were lost,” Hamilton said. “It was almost sure death for German sailors.”

There were many other challenges at sea, according to Hamilton. He remembers rounding the tip of Ireland and meeting bad weather, where you could experience a 52-foot roll.

During the war, he said that friendships with other shipmates were kept pretty shallow because you could be “here today and gone tomorrow.”

Almost four years after enlisting, he was discharged and married Marie McConnell when he was 23. Early in his career he was working for the American Beryllium Co., which built parts for nuclear warheads for the federal government. However, he considers the high point of his career to be his work as a real estate agent in Sarasota.

“I loved people,” Hamilton said. “If you love people, you should be in real estate.”

His wife died seven years ago, after a marriage of 61 years. He plays pool, walks and drives a golf cart. Hamilton has family nearby, and he knows he has lived a good life. However, looking back, he knows he fought for his country and he knows what the military life gave him.

“I spent almost four years in the military,” Hamilton said. “It was a college education in how to get along with people.”