Richard G. Cooper, 91, passed away peacefully surrounded by his family on July 23, 2014, in St. Cloud, Minn. He was a veteran of WWII, retired from Northwest Airlines, lived at Carefree Country Club during the summer months and spent his winters in Sun City Center, Fla.

Services will be held on Thursday, July 31,  beginning with a 10:45 a.m. honor guard salute at Fort Snelling, followed by a memorial service at Carefree Country Club, Big Lake, Minn., at 3 p.m.

He was preceded in death by his loving wife, Helen, and his 13 siblings.  He is survived by wife June; daughters Stephanie Cooper (Pat Parish) and Candyce Larson (Bruce); five grandchildren; seven great-grandchildren; sister-in-law Ethel Jane Nuorala; and many nieces and nephews.

In lieu of flowers, the family requests donations to the Wounded Warrior Project (www.WoundedWarriorProject.org).

Dorothy R. Ivens of Sun City Center passed away on July 12, 2014. She was born January 21, 1919, in Philadelphia. She was preceded in death by her husband of 62 years, Robert W. Ivens. She is survived by stepdaughter Dorothy Ivens Siegl and stepson Robert Ivens. She lived in Ventnor, N.J., before moving to Florida.  A graveside service was held July 19, 2014. 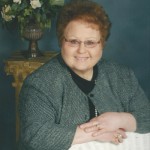