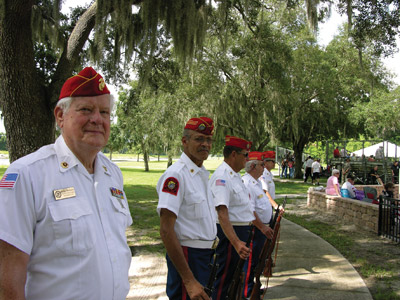 Riverview’s 1226th detachment of the Marine Corps League saluted fallen soldiers with a rifle salute and the playing of taps. Kevin Brady photo

Overshadowed by both World War II and the Vietnam War, the Korean War is sometimes called the Forgotten War, but the conflict was front and center July 26 at a special ceremony marking the end of the war.

The Korean War Remembrance Ceremony last Saturday drew more than 200 people to Veterans Memorial Park on U.S. 301 to remember and honor those who gave their lives in a war that saw more than 140,000 Americans killed or wounded. In their honor, a wreath was laid at a monument bearing the names of more than 50 local service people who died in Korea.

“Today we dedicate this Korean War Memorial to all the brave men and women who nobly served in that often cold and frozen landscape so far away,” said Linda Pugsley, a retired U.S. Air Force captain, in her invocation. “It sometimes may have seemed like they toiled in obscurity, but that does not lessen the fight and the burdens it placed on those who fought so valiantly.”

Dr. Kimi Springsteen, who grew up in Korea during the conflict and moved to the U.S., said she and others like her owe an unpayable debt to those who fought and died in Korea.

“I am standing here today because of you, my heroes,” said Springsteen, addressing veterans of the conflict. “Korea could not have survived without America, and it would not be the prosperous country it is today without the U.S. If you are not happy here, go spend a couple of days in North Korea, and you will appreciate our freedoms.” 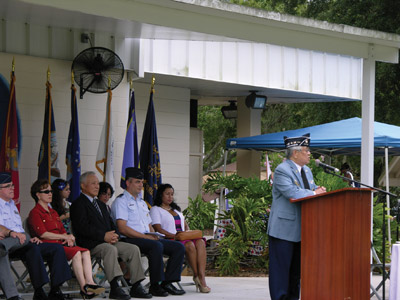 Eddie Ko, instrumental in the construction of the Korean War Memorial at Veterans Memorial Park, welcomed guests to the event. Kevin Brady Photo

Eddie Ko, chairman of the committee that spearheaded the construction of the Korean War Memorial at Veterans Memorial Park, suggested guests visit the memorial and “touch the names of those brave boys and say ‘thank you for your service’ and tell them ‘you are heroes of our town.’”

It was actions by those men and women who served in Korea that “laid the cornerstone for today’s Korea,” Ko said. “Today, millions of Koreans are enjoying their freedom and economic progress because of [Korean War veterans].”

The event was sponsored by the Veterans Council of Hillsborough County Inc. and hosted by the Korean War Veterans Association.

“It seems appropriate for me personally to be here to honor all the generations of veterans,” Strom said. 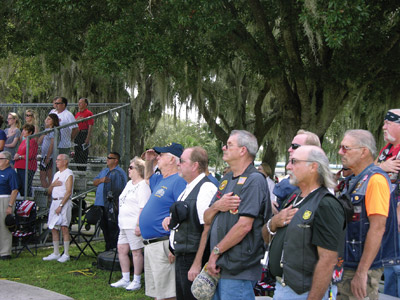 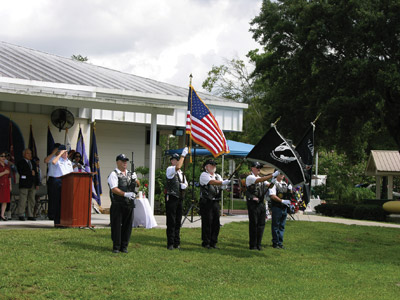 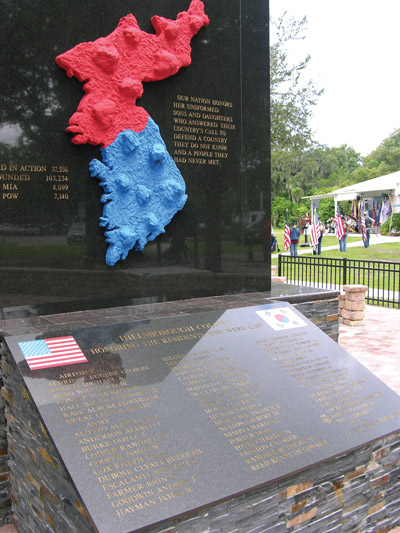 The Korean War Memorial in Veterans Park carries the names of 56 local service people who died during the Korean War.
Kevin Brady Photo

Understanding Medicare: Parts A, B, C and D

At the SouthShore Library, reading to four-legged friends