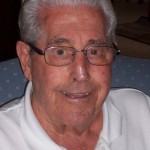 Memorial services for Earl R. Blewitt, 89, formerly of Sun City Center, will be at 2 p.m. on Sunday, July 20, at the First Presbyterian Church of Willoughby, 4785 Shankland Road, Willoughby, Ohio.

Mr. Blewitt passed away Thursday, July 3, at his daughter’s home in Mentor, Ohio.

Born May 15, 1925, in Cleveland, Ohio, he was a resident of Northeast Ohio for 72 years before retiring to Florida.

He was a World War II U.S. Army veteran, a member of Legend Lake Golf Course and a member and past president of the Willoughby Rotary.

A graduate of the former Case Institute of Technology, Mr. Blewitt was an engineering manager in the field of bridge repair. He was employed by The Penetryn System for most of his career.

He was preceded in death by his wife of 52 years, Ann (Roberts) Blewitt, on July 30, 2002. His parents, Reginald T. and Ethel Jeannette (Arstall) Blewitt, and brother Thomas Blewitt are also deceased.

She lived in Gibson City and Paris, Ill., until she graduated from high school and moved to Bloomington, Ill., to attend Illinois State University, where she majored in education.

She graduated and took her first job in Calumet City, Ill., as a librarian. Barbara then spent the next 30 years at Miami-Dade Community College in Miami, Fla., working as a librarian. During those years she received two master’s degrees, one in political science and one in library science.

Toward the end of her career, she was appointed acting director of the library at Miami-Dade Community College and continued in that capacity for three years. Barbara lived in Nashville, Tenn., with her mother for seven years after retirement.

In 2003 she moved to Sun City Center with her cousin, Judy Jouglet. She enjoyed playing golf for many years and had so many fun times with friends playing cards. She loved all sports immensely.

Barbara will be buried in Graceland Fairlawn Cemetery in Decatur in a graveside ceremony at a later time. Arrangements by Sun City Center Funeral Home.

Thank you to friends and family for your continued support.

There will be a Funeral Mass at 11 a.m. on Saturday, July 19, at Prince of Peace Catholic Church in Sun City Center.

In lieu of flowers, donations may be made to LifePath Hospice. 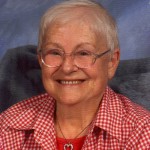 Pearl Hamlin, 91, of Tampa passed away on July 10, 2014. She was born in Patterson, N.J., came to Florida in 1959, and was a member of the Seventh Day Adventist Church of Tampa, the Sweet Adelines and Eastern Star. 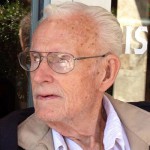 William H. Turner passed away July 7, 2014. Bill was born Dec. 10, 1927, in Tampa and grew up on a farm in Ruskin. He joined the Merchant Marines, serving in World War II, at the ripe old age of 17, returning to Tampa at 19, where he met his bride for life, Shirley Butler Turner.

Bill and Shirley were married 67 years. He was employed with Tampa Electric, starting as a meter reader and retiring decades later as a Head Watch Engineer. He loved fishing, hunting, restoring antiques, railroad memorabilia and gun collecting.

After retirement, Bill and Shirley spent several carefree years living on their sailboat and traveling with friends.  He served with the Coast Guard Auxiliary and also volunteered as a crossing guard for the Hillsborough County Sheriff’s Office and as a docent at the TECO Manatee Center.

A Memorial Service and reception were held July 11 at The National Cremation and Burial Society in Tampa. In lieu of flowers, a donation may be sent to LifePath Hospice, in memory of William Turner, 12470 Telecom Dr., Suite 300-W, Temple Terrace, FL 33637.