Empowered survivors of domestic violence step out, speak up at fashion show 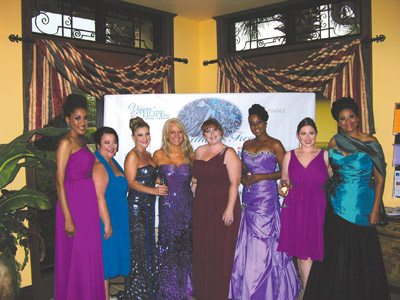 No one need suffer domestic violence in silence or alone was the message from six  brave women who took to a runway at Club Renaissance to help raise funds and awareness for the cause.

“Glorious beyond words,” was how Lorianne De Loreto described the “Breaking Free: Silent No More” July 11 dinner and fashion show that drew 160 guests to Sun City Center. The event was the first fundraiser for Visions of Hope International. De Loreto, a survivor of domestic abuse, founded the nonprofit organization dedicated to raising awareness of domestic violence and helping victims earlier this year.

Proceeds from the show went to Visions of Hope and to Project Restoration, a program that offers assistance to men and women who are rebuilding their lives after escaping domestic violence. Visions of Hope provides group sessions, workshops, seminars, fundraisers and one-on-one assistance to victims.

Six survivors of domestic violence, treated to professional makeovers and wearing couture dresses, served as models for the show.

“Everyone was incredible,” said De Loreto, an Apollo Beach resident with a business in Riverview who is writing a book on her own life as an inspiration for other women. “They all embraced the cause and the vision.” 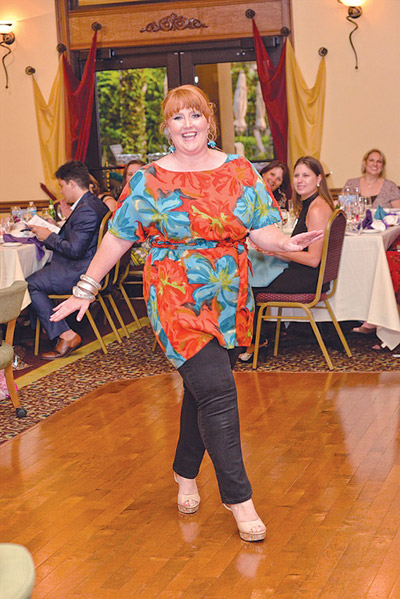 Franki Bernier was among the models at the show.

Franki Bernier, a survivor of domestic violence who gave a powerful speech at the show, said Visions of Hope is already having an impact.

“I have a friend who heard about us and got out of an abusive seven-year relationship, so we are just starting and already we are having an effect,” Bernier said.

She knows firsthand it’s not an easy step to break free from an abusive relationship.

“You are mentally and monetarily broken down. [Victims] may also have children and think there’s no way out, but the healing begins after you get away.”

A quarter of all women and 7 percent of men are physically assaulted or raped by their partner or spouse in a lifetime, according to The Spring, a Department of Children and Families certified domestic violence center in Hillsborough County.
Angie-Marie (we are not using her last name), one of the six women walking the runway, is part of those statistics. Her ex-boyfriend left her needing 36 stiches.

“I just thank God today that I am here,” said the professional model. With renewed purpose thanks to her faith, Angie-Marie’s advice to other women and men in abusive relationships is simple: Get out. “You need to tell [victims] they are beautiful and worth so much more than their relationship is providing. They deserve love, care and someone who is going to treat them with respect.” 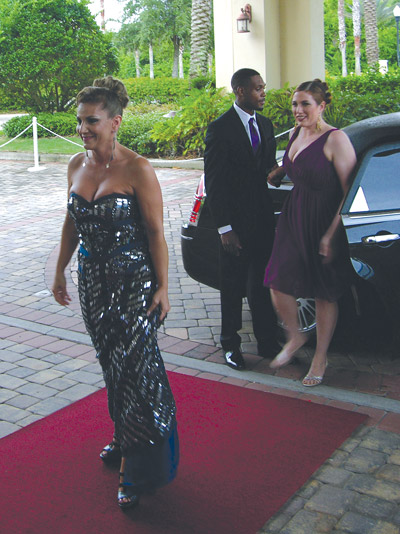 The models for the show, all survivors of domestic abuse, were escorted to the event by limo, entering on a red carpet while photographers snapped their photos.

The message resonates with younger women.

“People are much more aware and educated about it today,” said Maria Hartley, 21, part of a table of Visions of Hope supporters at the event from Mountcastle Vein Centers in Sun City Center. “I would never, ever tolerate any kind of derogatory or bad language toward me from a boyfriend. Any of that and he would be gone.”

With workshops planned for the fall and a book to complete, the work is just beginning for Visions of Hope and De Loreto.

“Now we roll up our sleeves and get going,” said De Loreto.