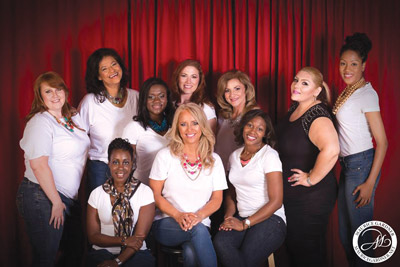 Club Renaissance will host the first charity event for Visions of Hope International, a nonprofit organization dedicated to raising awareness of domestic violence and helping victims.

The “Breaking Free: Silent No More” fashion show is set for 6:30 p.m., Friday, July 11, at the club, 2121 South Pebble Beach Blvd. Franki Bernier, a survivor of domestic violence, will speak at the event as will other survivors. Julie Weintraub of The Gold and Diamond Source will give the keynote address, and Cyndi Edwards of NBC’s Daytime will be emceeing the evening. Entertainment will be provided by the New Directions Orchestra. 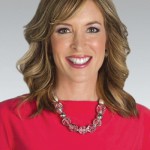 Donations will benefit Visions of Hope and Project Restoration, a program that offers assistance to men and women who are rebuilding their lives after escaping domestic violence.

“Club Renaissance was gracious enough to let us use the space at no cost,” said Visions founder Lorianne De Loreto. “They are very supportive of our vision.”

It was also important to De Loreto to have the event locally. “I live in Apollo Beach, my business is in Riverview, and I am a member of the SouthShore and Greater Riverview chambers — both of which have been very supportive — so I wanted to have it in this area.”

An author, speaker and businesswoman, De Loreto is a survivor of abuse who has made it her mission to empower and inspire men and women of all backgrounds through her writing and activism.

The fashion show will feature six survivors of domestic violence as models dressed in premier designer fashions. In addition, local vendors, designers and entertainers will be highlighted at the event. Guests can peruse various wares, network with other supporters and enjoy an evening of fashion and giving.

“The response so far has been great,” De Loreto said. “People are really coming on board. It’s a cause that is very prevalent in the news, and people want to come out and support the women that are in the show.”

Many area charities are also lining up behind the event, including the Emergency Care Help Organization (ECHO); The Spring (a Department of Children and Families certified domestic violence center for Hillsborough County); and Mary & Martha House (a South County facility that cares for battered and homeless women and children of all ages).

Through group sessions, workshops, seminars, fundraisers and one-on-one assistance, Visions of Hope works to motivate and inspire to further healing and recovery, as well as educate young people and adults alike to prevent future abuse and break cycles of negativity.

Domestic violence is a huge, often underreported problem in Hillsborough County, De Loreto said. “It’s in more homes than we realize. So many people don’t speak about it because they are afraid to come out and talk.”

Teenagers who see abuse in their own homes often see the problem cross generations into their own lives where victims are often afraid to speak out because of fear and low self-esteem. As a result, De Loreto says, she is exploring a program with local schools to attack the problem.

De Loreto believes no man or woman should experience abuse at the hands of a loved one, nor should they be alone when breaking a cycle of abuse and starting over — something about which she hopes the fashion show will raise awareness.

“My hope is people get a chance to hear brave women who are telling their stories for the first time and that we raise that awareness among the community,” she said.

She also recognizes that following these types of difficulties, recovery can be a long and difficult road. Her upcoming book, Make It Happen, focuses on simple, practical steps that can be used in day-to-day life to find, maintain and strengthen inner balance, self-confidence and personal peace.

Tickets for “Breaking Free — Silent No More” are $60, which includes dinner and cocktails, and can be purchased through vhinternational.eventbrite.com.

Emergency help available for much of South County

In South Hillsborough, crime falls but some become inexplicable