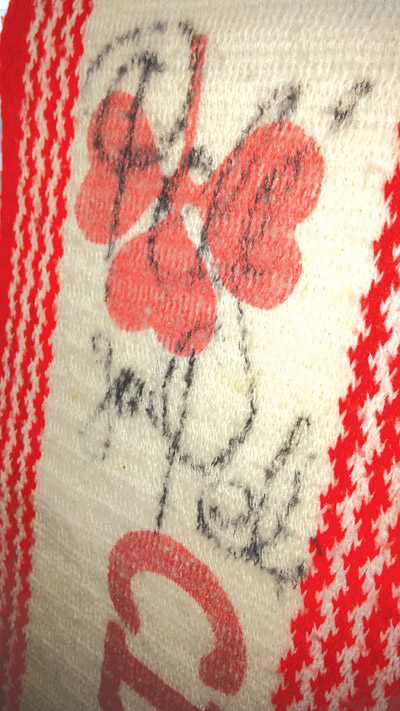 Note to readers: I will be referring to “football,” not soccer, throughout this column. When NFL players start playing their game with their feet, I will start calling it “football.”

Young reporters are used to living on table scraps when it comes to stories — and so it was that a crumb tossed my way turned into one of the highlights of my career: a meeting with the most famous man on the planet.

No one else wanted the story; it looked like a half-eaten Twinkie to the senior reporters, but to me that midtown Manhattan press conference was filet mignon with roasted potatoes and steamed asparagus because I knew Pelé, the greatest soccer player ever, was going to be there.

The event was promoting new soccer trading cards and American Airlines’ involvement in the 1994 World Cup, about to be played in the U.S. for the first time. The trophy itself, the most coveted in global sports, would be on display.

I even had a chance, when the trophy’s bodyguards were distracted — yes, the trophy had bodyguards — to get a photo with the most coveted prize in sports. I figured it was as close as an Irishman would ever get to the thing.

The press conference was held at Tavern on the Green, one of New York City’s premier eateries where the glitterati drink $20 glasses of Coke.

In total, Pelé scored 1,281 goals in 1,363 games, according to Guinness World Records. In 1999, Pelé was voted Athlete of the Century by the International Olympic Committee and, perhaps more significantly, was tapped as the greatest player in history by his fellow professionals.

After some waffling by a public relations man, Pelé entered the room — why are your heroes always shorter in real life than you imagine? — and it sounded like God himself had sent us a plague of crickets, such was the sound of the cameras clicking. After a few minutes thanking the sponsor, Pelé invited some questions, and my trembling hand went up.

“What do you think of the chances for the Irish team in this World Cup,” I asked the only man who has three World Cup winner’s medals to his name.

“Yes, the Irish, I like them. They have a good team,” Pelé replied, ever the diplomat.

We had no chance at the World Cup but he wasn’t going to say it. He would later sign the scarf of my local football team, Cliftonville. Today, it’s hermetically sealed in three plastic, airtight bags, one of my prize possessions.

All of which brings me to the current World Cup being played in Brazil.

Soccer is the game of the future in the U.S., and it always will be, goes the old saying. The numbers support that cliché. Earlier this year, 111.5 million Americans sat down to watch Super Bowl XLVIII in 2014. Just over 24 million tuned in for the 2010 World Cup Final, which was actually a record. Initiative Worldwide, an independent media agency, estimated that 600 million people worldwide watched the game.

Why should you watch?

First, the U.S. is there and deserves your support. For too long, these lads have toiled in the shadow lands of American sport while busting a gut for their country. And they are exceeding expectation and playing exciting football. Team USA’s first match, a victory over Ghana, was the most-watched soccer game in history on ESPN.

The critical match against Germany that saw the U.S. through to the knockout rounds of the contest was watched by 10.7 million, ESPN’s biggest non-holiday weekday broadcast ever. A further 3.4 million viewers caught the game on Univision. Team USA’s next game, against heavily favored Belgium on Tuesday, was expected to attract even more TV viewers and again set a new record.

With more than three goals a game, that old canard about no goals in football just doesn’t hold water. The last time a World Cup averaged that many goals for an entire tournament was 1958, when Pelé burst onto the scene and the 12 teams combined to average 3.60 during only 35 total matches.

Third, you will see perhaps the greatest player of the modern era, Argentina’s Leo Messi, sprinkle a little magic dust on the biggest stage of the “beautiful game.” He’s already netted two wonder strikes in the tournament.

Last, for a month every four years, the world is united around “the beautiful game,” as football fans call it. We weep, laugh and celebrate together. And that’s a beautiful idea.