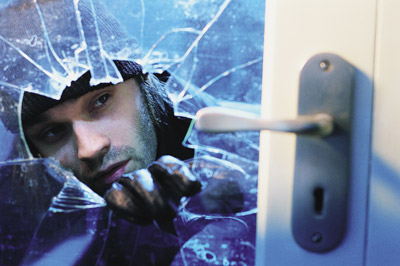 Analysts from Willis L. Moore to J. Edgar Hoover have always reported there are more crimes committed when the temperatures rise.

Moore, chief of the U.S. Weather Bureau in 1897, commissioned a study on the correlation between crime and hot weather, according to an old news account. A copy of that study was never found.

Crime data reviewed by the Wall Street Journal in 2010 found there was little difference in crime offenses committed between summer and winter months. They used statistics supplied by the New York Police Department between the years 2007 and 2009.

However, Jerome McKean, Ball State University associate professor of criminology, thinks there is a definite correlation between the two.

“The peak months for most forms of crime are July and August, especially for property crimes,” McKean says.

Sun City Center is a known retirement community, with neighbors watching out for each other, he says. Residents are home during the day and night. Fordham says that in the past weeks only a rash of attempted entries, burglaries and vehicular burglaries has been committed.

On June 18, residents in the Bayonne II neighborhood reported they had found one of the screens in the window on a side of their house had come off the track. On closer investigation, the residents noticed other screens had been tampered with. It appeared that unknown suspects had used a screwdriver to take screws out of the screen.

It appeared that the unknown suspects had entered the lanais in both front and back and tampered with those screens as well.

Over the following days, residents reported other homes had also had screens tampered with in the community. There was also a cracked window reported in the 900 block of Regal Manor Way.

Fordham says there were no witnesses and there was no entry made into the homes in the Bayonne II community.

Deputy Kathy Luft suggested to the residents they email all other residents in the community to survey the exterior of their homes. They should look for pry marks on the screens, or other signs of forced entry.

More often than not, crimes can be committed here because residents feel so safe, and they are not locking their vehicles. Fordham says that other than the activity with residential and vehicular attempted burglaries, there is very little crime in Sun City Center, or for that matter, in Apollo Beach or Ruskin.

The only other crime activity Fordham can report is a higher incidence of graffiti found on walls in Ruskin. Fordham says it is not connected to gang activity.

“Lock your cars,” Fordham says. “Juveniles are not breaking windows, they are lifting door handles. They are not locking their cars. It is a crime of opportunity.”

Hillsborough County Sheriff’s Office now has a new, Internet-based crime-mapping tool that can show residents where specific crimes have been committed in the county. It only takes a matter of clicks for residents to access their community and see on a map where burglaries, frauds, thefts and other criminal activities are happening.

According to the Hillsborough County Crime Map for the past two weeks, in Sun City Center there have only been two traffic incidents, five thefts, one case of fraud and one act of criminal mischief, which was a misdemeanor.

Residents wanting to report any further crime activity found in Bayonne II, or in the community in general, can report it to the Hillsborough County Sheriff’s Office at 813-247-8000. Those reporting possible criminal activity for the Bayonne II neighborhood can use Reference No. 14-348205 for the report.

Florida crime statistics can be found on the Florida Department of Law Enforcement website at www.fdle.state.fl.us.