The actor was ready, the lights and camera were in place and all that was left was for the ambient daylight to reach the director’s desired level of darkness. Les McDowell crouched over and said, “Let’s say a quick prayer.”

McDowell does not claim to be an overly religious man, but he’s learning. Little by little, in a place that he built, good things are happening and dreams are coming true. He doesn’t claim the credit for that — to McDowell something else is in play, something bigger.

“I’m not going to preach or anything,” he said. “In today’s crazy world, the only time we make eye contact with each other is when we’re driving 60 miles per hour down the road. People don’t take the time anymore.”  He would like to do a little something to change that.

He was fired from a prominent gig on a country radio station in Tampa. For some people in middle age that could begin a downward spiral. McDowell dove into cowboy poetry, a passion of his, and soon began sharing it via Facebook. Before long, he was uploading videos to YouTube, the videos needed backdrops and soon enough, a 1880s town was taking shape on his property near Parrish. Dry Creek was born.

“I didn’t know why I was doing it,” McDowell said. “We started having people show up out here just to see Dry Creek. My wife asked what she should tell people — it was like a Kevin Costner thing. I told her to tell people I was building backdrops for cowboy poetry.”

Armed with a $100 camera and some volunteers, dreams of a television show soon began to take shape. Word got around and cowboys and actors showed up in support. Then professional director Christian Moriarty volunteered, along with a soundman and other crewmembers. Like the others, Moriarty came because he saw McDowell’s passion. He believed it; he believed in McDowell and his show.

“Things are a lot different than they used to be,” McDowell said during the filming of one scene on August 17. Takes and retakes were shot, with the director shouting, “Camera rolling!” and the digital film clapper clapping. One scene required more than five hours of work.  The upcoming fall season of the series will be better than ever.

Dry Creek is the kind of show that you can watch with your children and not be embarrassed. After rocketing to fame from YouTube to national exposure via BlueHighways TV, it is a television show that harkens back to a more simple time, not only on the set itself but also in spirit. It recalls a time when, according to McDowell, your word was your bond.

Across the country, millions of people have access to Dry Creek on BlueHighways TV. In the Tampa Bay area, subscribers to Verizon FIOS can watch it on channel 246 at 7:30 p.m. on Sundays.

BlueHighways TV has approached local cable company Bright House about carrying the channel and they indicated that would be possible if their subscribers request it.

McDowell is passionate about family-friendly TV. In conversation, he refers to such iconic shows as Little House on the Prairie, Bonanza, and The Waltons, all shows that would be more costly to produce in today’s environment of low-cost reality TV. During his years in radio, he was the voice and the star that hundreds of thousands of people heard, but in Dry Creek, he is restrained. Yes, he created the show. Yes, he writes the scripts and appears in the episodes. But he is increasingly aware it isn’t about him anymore. It is something that he hopes could change the landscape of television again. It is something that he hopes can change some lives. He says he doesn’t want to go back in time (“I like my iPhone too much.”), but he does want to bring some of what was good back then into today.

Tropical Storm Isaac passed the Gulf Coast of Florida with not so much as a glancing blow. McDowell’s town of Dry Creek came through OK, with the exception of some minor street flooding — just as it would have been back in the 1880s. In 1880, the population of Tampa was just 720 people; it was an isolated village in an unforgiving environment. Back then, you often had no choice but to count on your neighbors. That is just what happens in Dry Creek and that is what McDowell is trying to show. It’s OK to help your neighbors. It’s OK to slow down a little in this fast-paced world.

A generation or two ago, some kids built model airplanes or built train sets. When Les McDowell was a kid, he helped his father build a stagecoach. As an adult, he worked on the fringes of Hollywood and in the show business of big market radio. Today he is a struggling producer of a family television series and he sees it as a big step up.

“Everything I’ve ever done in my life has led to this,” he said. “It is a dream. We are working with no budget. It has been a whirlwind and I’m not giving up on it. I wish I could take credit for it, but there is something more going on here. I never would have gotten this far on my own.”

Recently, executives at BlueHighways TV notified McDowell that Dry Creek had been nominated for a CableFAX award for Best Family Friendly Show or Series. The nomination puts the show into the league of programming from much larger networks, including Lifetime, HBO, ABC Family, Showtime and others. Upon learning of the nomination, McDowell updated the Dry Creek Facebook page with an image of the Little Engine That Could climbing a hill repeating the words, “I think I can. I think I can.”  Dry Creek, with virtually no budget but with a cast and crew of talented people who believe in McDowell and in the idea that American families will again embrace family programming, has become the Little Town That Could.

“With no television professionals to guide them and only a $100 camera, the producers of Dry Creek set out in May of 2010 at the foot of the proverbial mountain with a goal of reaching the peak,” BlueHighways TV said in a press release. “As word spread about Dry Creek, people wanted to be involved. Professionals with state-of-the-art cameras and sound equipment volunteered their time, and the cast and crew spent weekends gathering donations of lumber and props to help the little town of Dry Creek grow. Along the way, BlueHighways TV saw Dry Creek come together with a passion to provide quality family programming that matched its own. In two years, Dry Creek has gone from posted YouTube clips to nationwide distribution, with 12 HD episodes on BlueHighways TV.”

For BlueHighways TV, it is more than just a feather in their cap. They believe in the show, too.

“Competition for the CableFAX awards is fierce, and I personally consider that Dry Creek / BlueHighways TV making it into the finals is a wonderful statement of the quality programming that Les McDowell and his cast and crew put in every episode,” said Denise Hitchcock, BlueHighways TV executive vice president of marketing and public relations. “We are very excited about Dry Creek — even before it was nominated for an award. Now we want everybody to know about it.”

Something is happening in a little town from the past built on a dream. There is something magical about the place. There is something magical in how the actors and crew come together to produce something bigger than themselves, a program that is gaining national attention, despite huge odds and well-financed competitors. It might be called faith — perhaps in God or perhaps in the hope that American families will embrace them and even help them. Whatever it is, dreams are coming true in Dry Creek. Just before dusk on a Friday night outside of Parrish, a quick prayer is spoken, thanks are uttered and the director shouts, “Camera rolling!” as the digital clapper sounds a loud “clap!” And with that, dreams in Dry Creek are still being made.

You can help Dry Creek by calling Bright House to request that BlueHighways TV and Dry Creek be added to their programming lineup. The toll-free number is 888-289-8988 or locally at 813-316-2626. Although millions of people have access to Dry Creek across the country, Bright House serves hundreds of thousands of people in the Tampa Bay area and across Central Florida, many of whom may enjoy family programming from a local production.

The CableFAX award winners will be announced during a ceremony on Oct. 30 at the W Hotel in New York City. 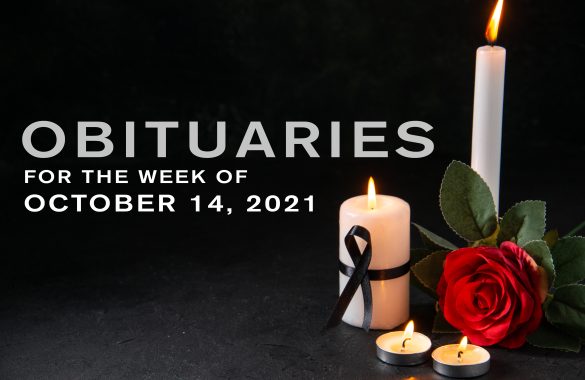 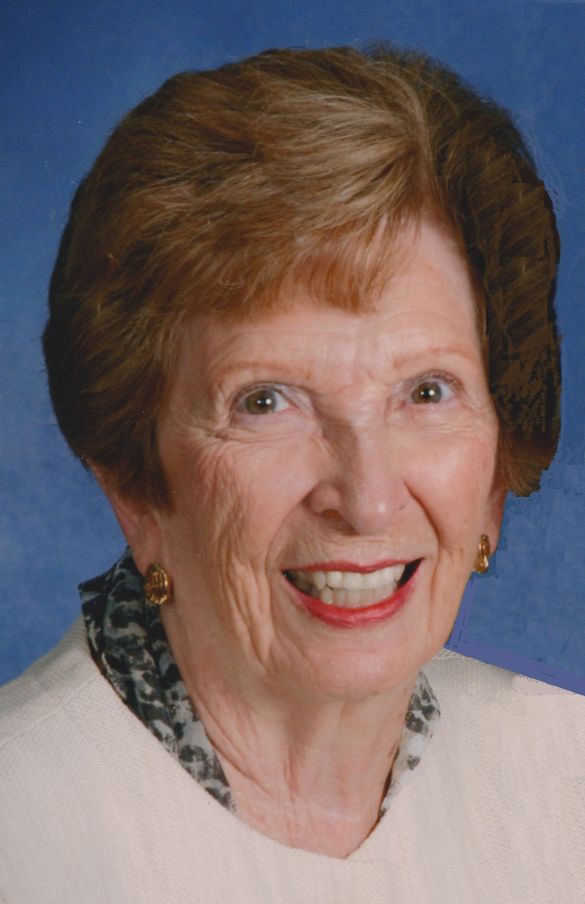 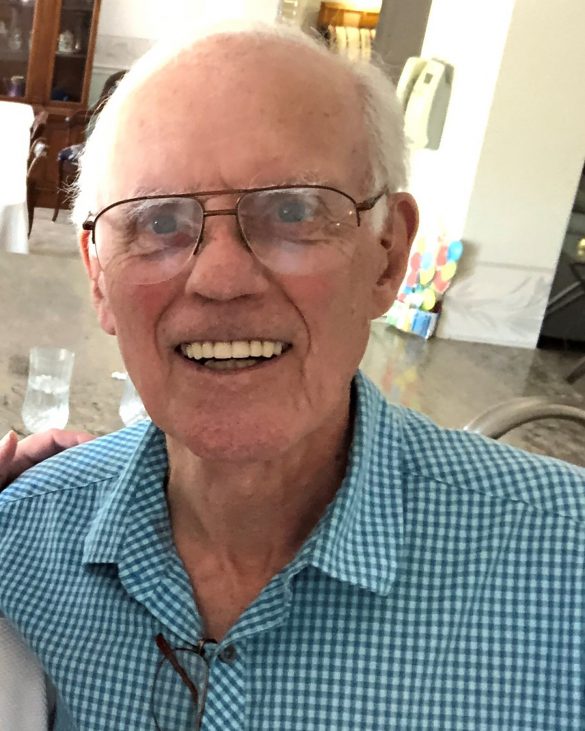 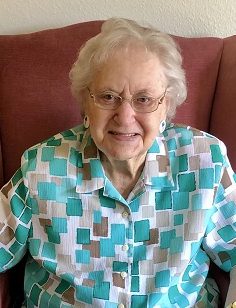 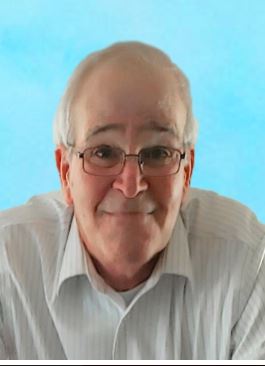 Isaac crashes the party as a no-show

Safe at Home XI: Who changes your diaper?