What’s eight more months when you have already been in the Falkenburg Road County Jail for nine years without bail or trial?

For Michael Edward Keetley, a former South Shore ice cream truck man who has spent almost 20 percent of his life behind bars for two murders he claims he did not commit, it could mean eventual freedom, or it could mean a life sentence if he is ever convicted.

One thing Keetley has avoided by being in jail for that long is the death penalty, which state prosecutors have decided is off the table. Now, another recent legal technicality means Keetley could possibly beat the killings of the two Ruskin brothers in 2010 and, ultimately, walk free. 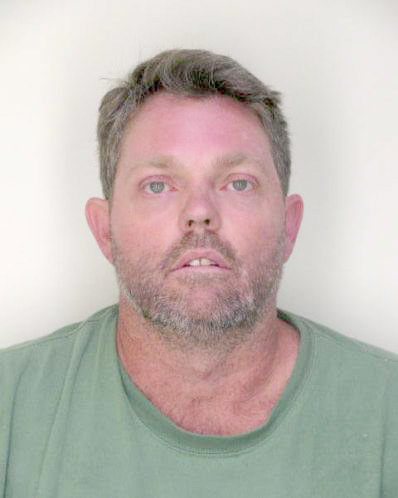 Defense attorney Lyann Goudie of Tampa, who steadfastly maintains Keetley’s innocence, or at least the ability of the state to prove his guilt in court beyond reasonable doubt, told The Observer News last week that the murder trial of Keetley set for June 2019 has been delayed again, postponed until Feb. 3, 2020, in Tampa. She said the recent change in a state law restricting the testimony of any so-called expert witness has prompted the latest delay in Keetley’s trial.

Keetley is the man who was mugged, beaten and robbed by an unidentified trio of $12 while he was out on his ice cream truck route in old Sun City some ten months prior to the murders of the two men in the wee hours of Thanksgiving, Nov. 25, 2010. Allegedly slain while on their knees in front of Keetley were brothers Juan and Sergio Guitron. Respectable, young working men, the Guitrons were shot while playing cards under the carport at a friend’s house on Ocean Mist Court in Ruskin, according to court documents. The same court documents, presented as part of Keetley’s petition for a reasonable bail (which Keetley could not afford anyway), say a white male, driving a mini-van came up to a residence, which was extremely dark and only illuminated by a porch light. Six Hispanic men saw a man get out of the van, ask for someone named “Creepers,” order the six to the ground on their knees and immediately shoot them. The shooter then fled in the mini-van, leaving behind the slain Guitron brothers, three others seriously injured, and one man unharmed. No weapon has been found.

The state prosecutor’s case against Keetley had been bolstered by the evidence tying Keetley to the bullets linked to the weapon used, described by victims as a long black gun, and also by a handwritten note found at Keetley’s residence referring to “Creepers,” the man who supposedly pummeled Keetley on his ice cream route some ten months previously. “Creeper” is allegedly the nickname of Omar Bailon, a possible witness in the trial.

Attorney Goudie, announcing this week the delay in the trial, maintains that the so-called expert witness changes or new restrictions now permit her to introduce pretrial hearings, which question the ballistics tests and the handwriting tests. She wants the trial judge, using the brand new Florida State Supreme Court standards on expert witnesses, to permit her introduction of defense doubts about the previous ballistics and handwriting evidence.

Goudie also questions the identifying of Keetley as the killer by the survivors. She claims that most wrongful imprisonments and death executions “are a result of mistaken identity.”

Goudie suggested that the survivors are not lying about Keetley, but the “power of suggestion becomes truth.” She explained this rationale by pointing out that the shooting survivors did not readily identify Keetley until and after Keetley’s picture as the killer had been widely circulated via social media by several of the late Guitrons’ friends.

Attorney Goudie has commented previously that Keetley is holding up well in jail. She realizes that her client has spent an inordinate amount of time in jail, but says she requested the “speedy” provision of the Sixth Amendment be waived because “we have a ton of witnesses (about 145), depositions, and complex investigations involved.”