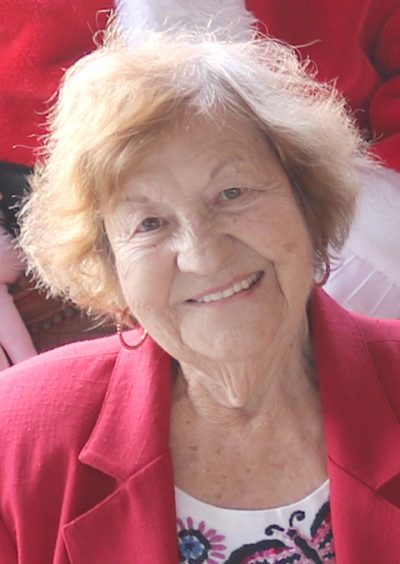 Local anglers lost a keeper on May 20, 2018. For almost 30 years, fishermen read the writings of Jonie Maschek in The Observer News. She was the author of a weekly column Fish Tales. She passed away at 95 years old. She will be missed by many. Jonie not only gave weekly fishing reports, she interviewed local captains, anglers, bait shops, resorts, marinas, law enforcement, fishing camps/clubs, fishing industry leaders promoting new products/techniques, TV/radio celebrities, charity fishing tournaments — you name it. If it had to do with fishing or the great outdoors Jonie covered it. She was a very thorough writer, and I was an avid follower of her column. 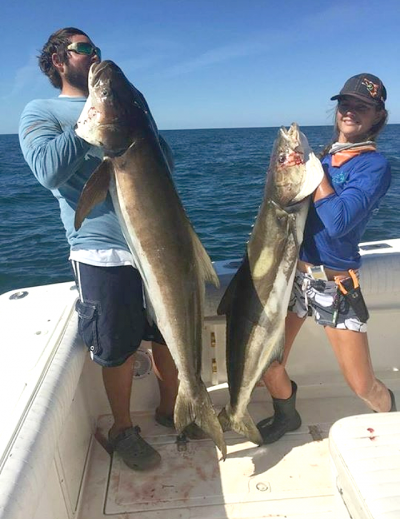 I remember the first time I met Jonie. It was in 1999 at a charity fishing tournament. Years later she wrote a beautiful article about Ana Banana Fishing Company on Tampa Bay. A few years after that she interviewed me about fishing on the Little Manatee River. A few more years later she wrote an awesome story about our 12-year-old son (at the time) Joseph and the children’s fishing books he was writing and publishing titled I Love to Fish. He was selling them on Amazon.com and donating 10 percent of profits to the National Pediatric Cancer Foundation.

A few years ago Jonie wrote a story about Ana Banana Kids Fishing Camp at Little Harbor and later she reported on the Ana Banana Kids Fishing Derby at Little Harbor where we teamed up with the National Pediatric Cancer Foundation to take kids with cancer fishing. We also hosted a parade, bounce house, face painting, dancing and an FWC wildlife exhibit. Hillsborough County Sheriff’s Officer David Reigner and a few of his fellow officers showed up in the big Hillsborough County Sheriff’s boat and allowed the kids to board, honk the horn and work the lights and sirens.

It always amazed me how so many people would tell me they saw our story in The Observer News after Jonie would write a piece on us. Over the years I realized what a great team The Observer News and Jonie Maschek were together. Every week Jonie would religiously write Fish Tales, and in return The Observer News eagerly published her stories. In today’s world a writer’s tenure at a single newspaper is a rare and loyal relationship. Jonie’s followers were broad and wide.

For the last several years Chere Simmons has edited and published my monthly fishing reports called Captain Joel’s Fishin’ Holes. With Jonie’s passing I have agreed to continue her legacy and provide her loyal readers with a weekly fishing column, which will consist of the same reports and topics Jonie chose to cover over the last three decades. Why change a good thing — “if it ain’t broke don’t fix it.” I can only hope to write and report as eloquently as Jonie. I’m accepting this opportunity with much gratitude and in remembrance of Jonie.

My wife and I have owned Ana Banana Fishing Company and Kids Fishing Camp out of Little Harbor Resort in Ruskin for almost two decades. We are a small, family business and aim to keep it that way. 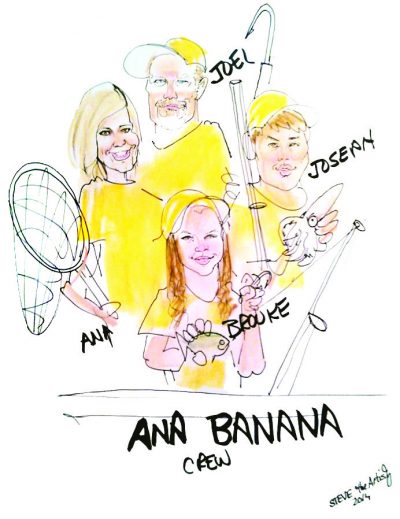 Ana Banana Fishing Company specializes in all types of fishing charters, and if it bites in the gulf or bay waters we catch it. We even guide local duck and hog hunts. We are on the water 300 days per year charter fishing and conducting sightseeing tours — love every minute of it. We have always had a “no fish, no pay” policy. Our number one focus is the three S’s: Safety, Service and Satisfaction.

We also have a summer kids fishing camp called Ana Banana Kids Fishing Camp at Little Harbor Resort. We host children from ages 5 to 15 during several weeks in June, July and August. We concentrate on the kids having F.U.N. Fishing, Understanding and Nurturing. Locally, there are a few kids fishing camps, but most keep the kids in a classroom setting trying to teach them how to fish on a chalkboard and getting lessons from guest speakers/instructors, etc. We feel like the children have spent their whole year in a classroom and find by actually teaching them how to fish, while they are fishing in a boat on the bay with a licensed fishing captain and an experienced first mate, they will learn how to fish with more interest and enthusiasm. Our kids leave camp with memories of a lifetime. We also offer adult/kids fishing camp with adult groups who want to fish like a kid for an entire week.

Ana Banana Fishing Company has a fleet of vessels with a group of experienced captains headed up by my son Captain Joseph Brandenburg and his fianceé Master Captain Quin Haddon. My wife Ana Brandenburg handles the books and everything else and our daughter Brooke Brandenburg is first mate/camp counselor. When we aren’t fishing, we’re talking or writing about fishing. We’ve fished with over 10,000 anglers and met so many interesting people from all over the world. We cherish every experience and relationship we’ve had through chartering over the years and look forward to many more memories in years to come.

I’m excited to reach out to you each week in The Observer News and hope to fill you full of fishing stories and information on Captain Joel’s Fishin’ Holes. See you next week!

For information on Ana Banana Fishing Company and/or kids camp call 813-267-4401, or visit www.anabananafishing.com, or www.anabananakidsfishingcamp.com, or visit us in person at Little Harbor Resort, go behind Harborside Suites, in front of Sunset Grill, in The Village Marina (look for the big yellow Ana Banana sign).