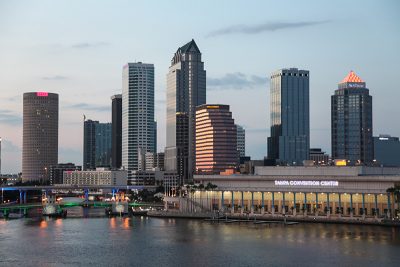 MITCH TRAPHAGEN PHOTO
South Hillsborough will never go back to the rural oasis from urban madness. Our communities are part of a major metropolitan area, and that comes with things both good and bad. Let’s try to work to make them good.

As a reporter, I was given the freedom to cover what I wanted — thus I could form this corner of the world to my own liking. I enjoyed writing about good things and good people.

As editor, however, I no longer have that luxury. And I now hear from a much broader cross section of the greater communities in which we live. It isn’t all puppies and rainbows. Real people have real problems, and sometimes they feel as though there is nowhere to turn. So, they call the newspaper office.

One person thought “a reporter” should be sent out to investigate a local motel as there were people different from her staying there. And, according to the person, they had no business being there. Um. Yeah. No.

Another called about her neighbor tormenting her.

I don’t know the full story. I don’t know both sides. But it doesn’t matter. If even a small part of what this woman told me, through sobs, no less, is true, there is no justification for it.

We are in a lonely corner of the galaxy. In the past decade, our technology has since found dozens of planets that could be Earth-like, that could be homes for life. It is likely.

Here and today on Earth, we live among people who are largely unseen and unheard. Believe me, they know that, and their children could grow up knowing it. That is a tragedy.

I moved to Ruskin in 1994. At the time, Tampa seemed like a distant city and South Hillsborough was a collection of small towns along the road to somewhere else.

But times have changed. The reality is that we are part of the 18th largest metropolitan area in the United States. The rural life of those who grew up here, or those who have been here for a while, went away along with the stoplight-free trip from Ruskin to Apollo Beach on U.S. 41. New people moving here do not know about the two tack stores that once called Ruskin home. They don’t know that you could drive through town and see people picking tomatoes just a block off the highway. They don’t know about the famous pies at The Coffee Cup.

But now we live in this ever-growing place together. Our shared history may be limited, but our shared purpose is not. We can never go back to quieter days hanging around on the docks at Bahia Beach Marina, but we can all work together to find brighter days going forward. Sometimes “working together” is as simple as just not being a jerk to your neighbors or to other drivers on the increasingly crowded roads.

When I was a kid, I really wanted to be a great baseball player. I would have settled for “good.” But I was just average. Games are supposed to be fun, but it wasn’t fun — it was nerve-wracking alone at the plate staring down a pitcher. It seemed he was usually a really big kid who started shaving in the fourth grade.

Today I feel like I’m at the plate again. Being (much) older now, I no longer think I’m alone there. I suspect these days a lot of people are wondering where and how they fit in. That kid on the mound, though, sometimes still seems an awfully big and one mean son of a gun. Moreover, I see him post vitriol and venom on Facebook. I see his emails, attempting to cloak rage as logic. And now I’m just waiting for a curve ball to be thrown at me.

The obnoxious have loud voices, but I honestly don’t believe they are even close to being in the majority. But as the screws get turned ever-tighter in this fast-paced life, perhaps sometimes it seems the only option is to strike back…or, rather, strike out. Because striking out is usually the result of bad reactions to perceived slights. Let’s not forget that everyone has things to deal with. Life in paradise doesn’t mean there isn’t sadness, fear and tears.

In his 1977 book, Illusions: The Adventures of a Reluctant Messiah, Richard Bach wrote, “How easy it is to be compassionate when it’s yourself you see in trouble.”

It seems since he wrote those words, our willingness to see the world outside of ourselves has only further diminished. That can change. We don’t have to be mean to our neighbors or spew anger and venom on the web. In the same book, Bach further wrote: “This is a test to see if your mission in this life is complete: If you are alive, it isn’t.”

We are speeding through space on this blue ball in a desolate corner of the galaxy. We live as individuals but we exist together. Let’s make ours a good mission.