Observations: Words from the past 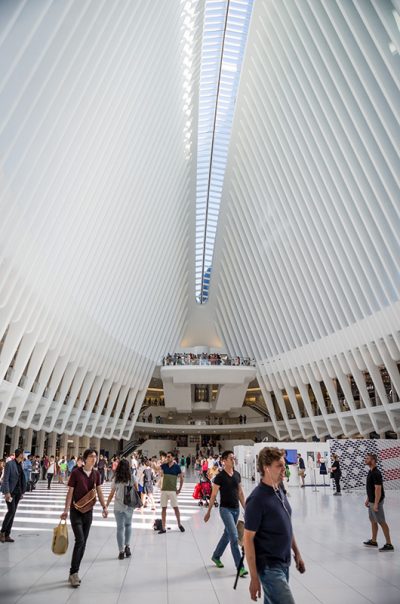 The Oculus at the World Trade Center. On September 11 each year, the glass ceiling is opened as the sun aligns with it. MITCH TRAPHAGEN PHOTOS

It was a bitterly cold day at the end of December when my wife and I waited in a long line to see a hole in the ground.

That was 2001. The place was Ground Zero in Lower Manhattan. In the vicinity, you could still see dust forced into window sills and corners, but there was nothing left of the twin towers of the World Trade Center. It was a sacred, enormous hole.

Just over 15 years later, I needed to run from my office in downtown Jersey City to Staples for office supplies. The store in Lower Manhattan was the easiest to get to — just a quick subway ride away. The store was just down the block from the World Trade Center. As I exited the train into the expansive, stunning Oculus — the shopping and transportation hub connected to the new World Trade Center — I was suddenly awestruck.

Fifteen years ago, no one could imagine what I was seeing now. I certainly could not have imagined it. Nor could I imagine that I would be living there, casually running through, as I’d done dozens of times before. But that moment struck me. The entire scene was suddenly striking.

It is capitalism to be certain, and there is nothing wrong with that. Capitalism is what has made New York City into the most powerful city in the world. But to me it speaks more of human resilience and determination. The new World Trade Center is the tallest building in the Western Hemisphere and tourists were everywhere. Most identifiably, people young and old were crowding the Apple Store.

Leading out from the Oculus to the E Train subway line, two original doors from the tunnel that existed from the twin towers were replaced intact from 9/11. The doors still bore the spray-paint markings made by a rescue crew from Massachusetts, indicating that the area had been searched on 9/13/2001. The tunnel only recently opened; the doors, which somehow survived intact, were returned to duty with their subtle reminder of what was, of what happened. It’s likely that few tourists even notice them. But New Yorkers do. There is a slight sting, perhaps, but they carry on. Nothing stops New York. 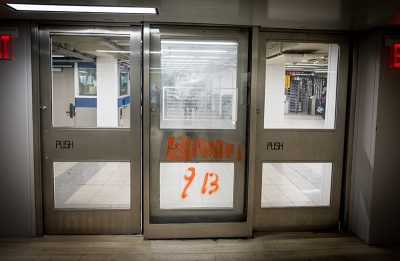 A marker from the past: recently re-installed doors in the tunnel leading from the World Trade Center to the E subway line still bear the markings of September 11, 2001.

That happened several months ago but the Fourth of July has brought it back into my thoughts. Many of us just take it for granted as a day  off, but declaring independence from a world superpower was no small feat in 1776. Not to mention that most of the delegates were wealthy men with everything to lose.

The new nation was basically a ragtag collection of states, most of which did not get along all that well and a federal government that was extremely weak — the power was left with the states, per the Continental Congress. As such, the federal government was free to borrow money but had no authority to pay it back (the nation defaulted at least once). It was free to print money but it wasn’t worth the metal or paper it was printed on.

The American Army, with George Washington in command, was outgunned, out-manned and outspent. And, a good number of the people living in what would become the United States of America didn’t much care about the revolution, independence or such things.

Washington had a secret weapon, though. All he needed to do was to be enough of a leader, win a few battles here and there to keep morale up, and sooner or later the British would lose. The cost to Britain in fighting the war was immense. He knew that all he had to do was wait and victory would happen. Sooner or later.

Of course, it did. American troops never did take New York City, instead the British fled. At the time, it became the capital of the new nation and people heralded Washington’s arrival to the city. Delegates from the 13 states were already fighting about where the permanent capital would be located and deals were made, settling on a swamp on the Potomac River. But that was later. President Washington, who never once campaigned to be president over his two terms, gave the first inaugural address on the steps of Federal Hall in Lower Manhattan. In statue form, he is still in front of that building today, just kitty-corner from the New York Stock Exchange, off Wall Street. 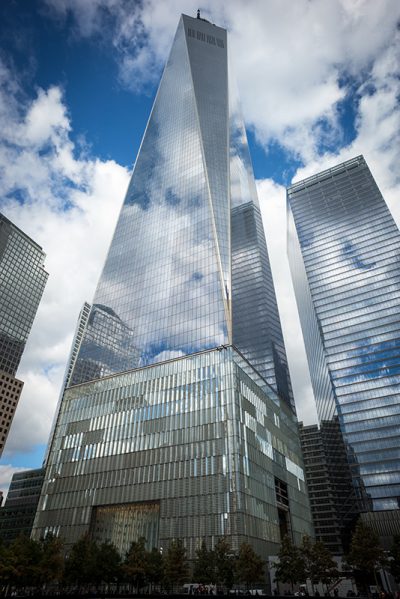 The World Trade Center, as photographed from the 9/11 Memorial Park, where the footprints of the twin towers remain as infinite pools, and the names of the victims are carved in granite.

Two terms later, there was a peaceful transfer of power to John Adams, the nation’s second president. Washington was a national hero — can you imagine what Adams faced stepping into his shoes? It wasn’t easy.

Despite that I had been through dozens of times before, standing in the Oculus in the World Trade Center complex that day had an impact that I can feel to this day.

The Founding Fathers had no idea to what extent, but they knew this nation was one of vast resources — enough to make the United States the world’s greatest power. But they also knew if they failed in their fragile attempt at independence or, worse, self-government, that they would either be ignored or reviled by history.

Washington wrote and spoke with an eloquence and wisdom that sadly seems to be lacking today. He wrote about the need for religious guidance for humanity’s survival. He also wrote about the dangers of arguing about — and discriminating against — religions and how people worship their God as they see fit. He wrote about war and about peace. He wrote about attaining the highest office in the land and how it meant nothing to him other than to advance the nation and, in particular, the individuals within. His words, more than two centuries old, are likely more meaningful today than they were in his time.

But, on this 4th of July, just as when I stood on the mezzanine of the Oculus, mindful of those who perished, seeing the tourists and the office workers bustling about, it is his last words that come to mind: “Tis well.”