Being Mortal Awareness Campaign changing minds about ‘the talk’ 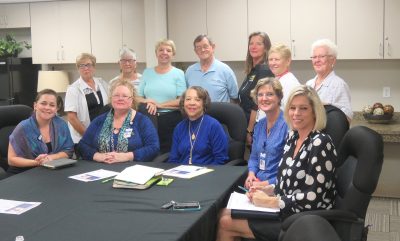 Yes, discussing end-of-life care preferences is difficult; most people don’t even like to think about it.  But all over the country, gatherings like the one being planned in Sun City Center on Feb. 28 (10 a.m. to 2 p.m.) are changing their view.  The event — free and open to all — will be at the SCC Community Hall, 1910 S. Pebble Beach Blvd. Lunch will be provided.

The national Being Mortal Awareness Campaign, funded by the Hospice Foundation of America, was initially set for one year (2016), but it was extended three months into this year. “The overwhelming success of this project highlights the demand for education on the importance of having these conversations,” CEO Amy Tucci said.

Local sponsors have combined forces to ensure that local participation in the campaign is effective. They are passionate about educating people about care options and encouraging them to communicate preferences earlier in the course of serious illness or the aging process. The group includes the SCC Registered Nurses Club, South Bay Hospital, Sun Towers, Brookdale Home Health, LifePath Hospice, Hospice Foundation of America and the SCC Yoga Club.

What can an attendee expect on Feb. 28? The highlight will be a screening of the PBS Frontline film, Being Mortal, followed by a guided and reflective audience discussion to help participants understand concrete steps they can take. Materials about advance-care planning resources (local and national) as well as state-specific directive forms will be distributed.

“Doctors are trained to cure, so they find it hard to talk with their patients about matters related to care options and preferences. In addition to public events, this campaign brings together doctors for discussions just for them. After attending such events, doctors overwhelmingly report that they are more likely to talk candidly with their patients,” said Sun Towers Director of Admissions Debbie Caneen, who is serving on the local planning committee.

Caneen said she wishes everybody would note the following staggering statistics:  Ninety percent of Americans know they should have these conversations, yet only 30 percent have done so. Largely as a result of this communication vacuum, 70 percent of those die in hospitals despite an equal percentage saying they want to die at home.  Indications are that the Being Mortal project is changing those numbers, since 96 percent of audience members say they will take action.  Caneen also pointed to other startling case results such as those in a 2010 Massachusetts General Hospital study.

About this study, Atul Gawande, author of Being Mortal, on which the film is based, said, “The researchers randomly assigned 151 patients with stage IV lung cancer, like Sara’s, to one of two possible approaches to treatment. Half received usual oncology care. The other half received usual oncology care plus parallel visits with a palliative care specialist. These are specialists in preventing and relieving the suffering of patients, and to see one, no determination of whether they are dying or not is required. If a person has serious, complex illness, palliative specialists are happy to help. The ones in the study discussed with the patients their goals and priorities for if and when their condition worsened. The result: Those who saw a palliative care specialist stopped chemotherapy sooner, entered hospice far earlier, experienced less suffering at the end of their lives — and they lived 25 percent longer. In other words, our decision making in medicine has failed so spectacularly that we have reached the point of inflicting harm on patients rather than confronting the subject of mortality.”

Reservations are requested for the Feb. 28 event to help with the planning. Call Consult a Nurse at 1-888-685-1595 to reserve a place. To preview the video online, visit pbs.org/wgbh/frontline/film/being-mortal.