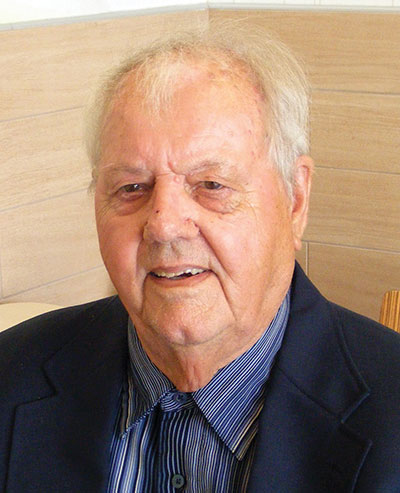 Growing up in war-torn Germany with bombs going off around his town, Martin Lehners found that reading and writing stories helped him escape his surroundings.

But it wasn’t until after he joined his large family of aunts, uncles and cousins in the United States that a friend told him to think of his writings as books.

Until he was 9, his life by the North Sea in an ancient part of Germany with an abundance of shrimp boats and places for children to fish and swim, was filled with wonder and fun.

But when war broke out, he began reading the classics, including Robinson Crusoe, The Last of the Mohicans, and Treasure Island, to escape into make-believe places and have adventures in his mind.

Right about that time, he had a teacher who used to give out assignments asking the class to use “three words” to write a story.

“We would all get the same three words, and everyone’s story would be different,” he said.

“Sometimes, I still use the three-words [process] today.”

In 1955, he moved to Canada, and in 1957 he joined his extended family of aunts, uncles and cousins in the United States.

“I had more family here than in Germany,” he said.

He continued to make up stories, hand-writing them on paper and saving only some.

“One day a friend at Eckerd College told me if I’d write down one of the stories I made up in my head he’d type it up,” Lehners said in an interview last week.

When he started thinking about the magical worlds he pictured and started to write, Lehners said,  he wrote 35 pages without stopping. “So I sent it to him, and he typed it up.”

Lehners has now lived more than 50 years in the Tampa Bay area, but his thoughts often go back to the ancient area of northern Germany where “little people,” sometimes called gnomes, were often reported to have been seen. Germany is famous for its glazed ceramic “garden gnomes” and residents are estimated to have more than 25 million of them.

“Little folk” are not limited to German folklore; Ireland has its leprechauns and Native Americans, Pacific Islanders, and South Americans have little people with many different names. 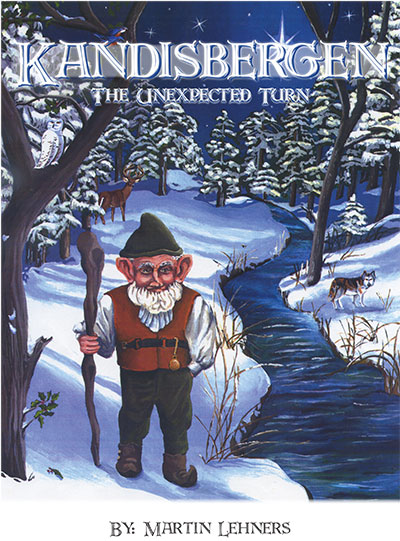 Memories of the forests and the North Sea area of his youth and the whimsical characters he’d always heard existed there formed the basis for his latest book, Kandisbergen, subtitled, The Unexpected Turn. Kandisbergen translates to Sugar Mountain in English.

“This story’s setting is one where splendor, strength, honor, and functionality come together,” said Dr. Maxine Logan of Brandon, who wrote the foreword. “This is a world created around respect and honor towards all creation. The story also parallels a world of which most of us know too well. One tipping on hopeful possibilities, but often falling short of any real joy and peace. My heart was warmed by the story and I found myself wanting more in this beautiful world created by Martin Lehners.”

Lehners’ working years led him through training and certification as a Master Chef in 1949 and, in 1960, he was promoted to Executive Chef of all Morrison’s Cafeterias. At its high point, Morrison’s had 151 restaurants in 13 states, with a concentration in the South.

He has also worked as a Realtor; in 1985 he obtained a financial broker license; and in 1989 he co-founded City Financial.

His latest, Kandisbergen, was published by R.A.M. Publishing House Inc., and printed by M&M Printing Company, both in Ruskin.

R.A.M.’s founder, Robert Moffa, is giving a party to introduce the author to the community as a part of R.A.M.’s connection to the nonprofit American Ideals Foundation, Inc.’s “Artist in Unity” division.

“This is not a book sale,” Moffa said. “This is a chance to hear readings from the book that will take you into magical places.”

RSVP by email to American.ideals@yahoo.com or by calling 813-416-8456 so organizers will know how many refreshments to prepare.

People who are not from Kings Point are asked to use the visitor’s lane and stop at the guardhouse.