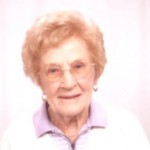 Norma graduated from SUNY Oneonta, N.Y., with a bachelor’s degree in education and earned a master’s in education from the University of Bridgeport. She taught for more than 22 years at Jane Ryan School, Trumbull, Conn. She was a member of the Long Hill United Methodist Church, the Association of Retired Teachers of Conn., and the Tashua Knolls Women’s Golf 9 Holers.

In Sun City Center, she belonged to the American Association of University Women and the Caloosa Golf & Country Club 9 Holers.

A Memorial Service will be held at the Long Hill United Methodist Church, 6358 Main Street in Trumbull, at 10 a.m. on July 9. A private burial will be held in the Pine Grove Cemetery in Waterville, Maine, on July 10. In lieu of flowers, contributions may be sent to the Long Hill United Methodist Church. Arrangements in care of the Cyril F. Mullins Funeral Home in Trumbull. To leave an online condolence, please visit www.mullinsfh.com. 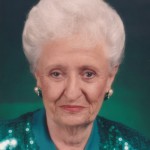 Ethel Pauline Griffith, 89, of Apollo Beach, Fla., passed away June 23, 2014. She was born in Portsmouth, Ohio, on December 3, 1924, to Dell Cena Kennard. She married Robert Griffith on March 19, 1956, and they were married for 56 years. She was a military wife and homemaker with a love for flowers, especially roses and gardenias, as well as a fondness for Chihuahuas. 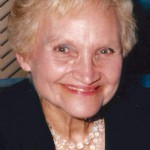 Born October 23, 1929, in Berlin, Germany, to Gertrude Gintz Ruttin and Walter Gintz, Connie immigrated during the Holocaust in 1939 to the United States with her mother, regrettably leaving her father behind.

Connie is survived by her husband, son, grandson and cousins in Oregon.

In lieu of flowers, donations may be made in Connie’s name to LifePath Hospice chaptershealth.org/giving/Donate-Now. Condolences are welcome at Condolences@Marinchek.com. 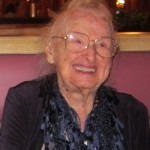 Josephine Afferica Parsons of Sun City Center, Fla., died June 1, 2014, at the age of 103 after a short illness.  She was a woman of great spirit: a pilot for the Civil Air Patrol during World War II, president of the local school board while her sons were in school, and an avid artist in retirement.

She was quick-witted and well-read, surrounding herself with books on physics and art. She was also opinionated and somewhat imperious, having great disdain for ill-fitting clothing and misused objective case pronouns.  At her birthday celebrations, which became increasingly extravagant after she reached the age of 95, she would stand at the head of the table and regale her guests with the various excellent habits and personal attributes that contributed to her longevity: on occasion, it was the satisfaction of having raised three fine sons; another year, it was because she ate oatmeal every morning.

Mrs. Parsons was born in Providence, R.I., and spent most of her formative years in New Jersey. She graduated from Drake College in 1931 and continued her education at NYU, where she met Frederick G Parsons Jr., who was then an Army Air Corps flight instructor. They were married on July 18, 1943.  After raising their sons, the Parsons retired to Sun City Center.

Mrs. Parsons is survived by her sons Rick and Bob; three beautiful granddaughters, Mekea Johnson, Ashley Cowen, and Amanda Parsons; five rambunctious great-grandchildren, Olivia and Audrey Johnson, and Kyra, Carter and Cooper Cowen; and her extended family Jay and Maureen Brickley.  She was preceded in death by her husband and her beloved youngest son John.

In remembrance of her long and vibrant life, a funeral Mass will be celebrated on July 10, 2014 at 11 a.m. at Prince of Peace Catholic Church, 702 Valley Forge Blvd., Sun City Center.  Mass will be followed by a luncheon for family, friends and caretakers.  In lieu of flowers, contributions may be made to Mrs. Parsons’ favorite cause: the Marine Corps Scholarship Foundation, 909 N. Washington St., Suite 400, Alexandria, VA 22314 (at www.mcsf.org).  Arrangements by Sun City Center Funeral Home.